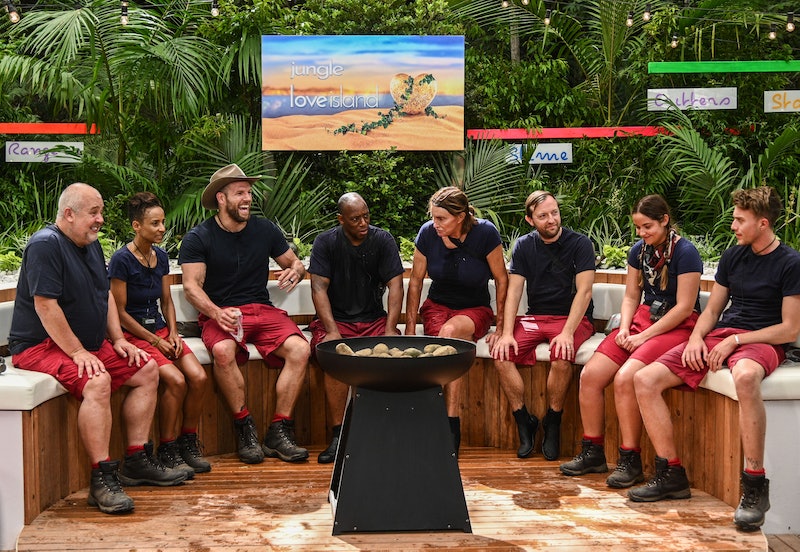 No matter how much I criticise the contestants on what they're doing wrong in Bush Tucker Trials, there's no way I'd enter that jungle without some sort of incentive. The thought of being anywhere near a bunch of Witchetty grubs makes my skin crawl, so I can understand why the celebs are given a fee to face their fears in the depths of the Australian bush. But what are the contestants paid on I'm A Celeb 2019?

As you might already know, the celebs don't win a cash prize at the end of the show. Instead, they're given the title of King or Queen of the Jungle and the satisfaction that the British public rooted for them. But that's not to say they're not given any money at all. Although, they only earn that money back if they stay in the jungle for more than 72 hours according to the Mirror. "If they quit before this the paycheck is cut," the newspaper writes.

According to Hello!, ITV reportedly spent "£1.4 million this year on their star line-up, with Caitlyn Jenner reportedly banking the most with a £500,000 fee." Ian Wright supposedly came in at a close second with a £400,000 fee, while Nadine Coyle has allegedly "bagged a £250,000 paycheck".

The stars with the lowest fees are rumoured to be Roman Kemp and Myles Stephenson, who have reportedly earned £40,000 and £25,000. Bustle has reached out to ITV, and a spokesperson tells us that they "would never comment on fees, particularly ones that are reported based on rumour or speculation."

Even Ant and Dec addressed the fee rumours on the first night of the show, as Cosmopolitan points out. "We've got reality TV royalty Caitlyn Jenner. Most people come into the jungle to lose a few pounds," Dec said. In response, Ant added, "But she's going to be gaining 50,000 of them according to the papers."

"Don't believe everything you read in the papers, Ant. You know that" Dec responded. "I'm A Celebrity 2019 can only have one winner. Caitlyn Jenner's agent by the sound of it." I can't deal with those two.

Still going by rumours, Jenner isn't the highest-paid celeb to enter the jungle. That honour allegedly goes to Noel Edmunds, who according to Metro, was paid £600,000 for his time in the jungle last year. Edmunds didn't receive the winning title, but he definitely didn't go empty-handed — and the same can be said for this year's celebrities.

More like this
17 BTS 'Love Island' Secrets Only Real Fans Will Know About
By Bustle UK
Yes, Luca Bish Really Doesn’t Drink Alcohol
By Shahed Ezaydi and Sophie McEvoy
Winter 'Love Island' Will Be Back In 2023, ITV Bosses Confirm
By Maxine Harrison
What That Ominous 'Selling Sunset' Season 5 Finale Could Mean For Season 6
By Orla Pentelow and Brad Witter
Get The Very Best Of Bustle/UK