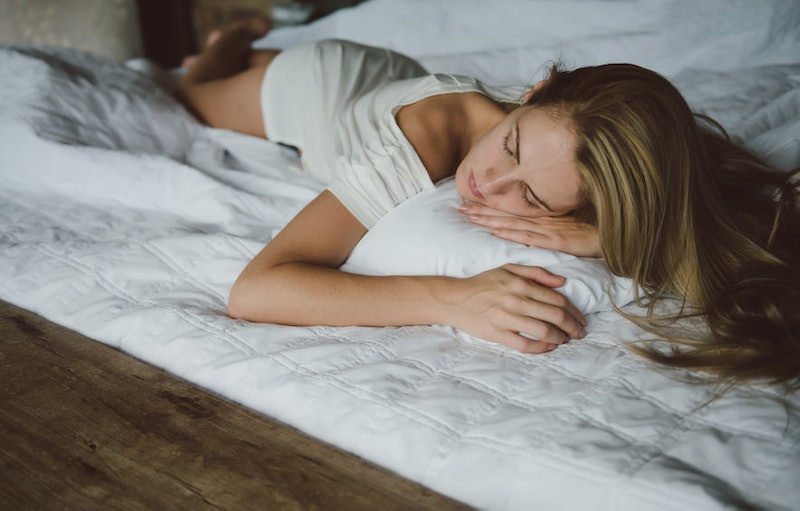 Scorching temperatures this summer have lead to sweltering (and at times incredibly sweaty) nights. But what if you're still waking up drenched even though the nights are notably cooler? What causes night sweats? Let's look at five unexpected things that could be causing you to drench your sheets.

You wake up exhausted, your pyjamas, and bed linen are soaked and you've got to change the sheets again. It's a wearisome tale that affects more people than you'd think. A 2014 study found that around 3 percent of the U.S. population suffer night sweats, and according to MedicineNet.com, in one study of 2,267 patients visiting a primary care doctor, 41 percent of the group complained of experiencing excessive sweating while they were sleeping.

But what exactly are night sweats and when should you be concerned? When a person sweats normally, it's the body reacting to being too hot; your body produces a water-type liquid which consequently evaporates, taking some of the body's heat with it, as reported by Live Science. For some people sweating too much in the night could be your body simply responding to overheating — perhaps your room is too hot or you're going a bit OTT on your nightwear (fleecy pyjamas and sheepskin socks anyone?)

Michael Grandner, an associate professor and director of the Sleep & Health Research Program at the University of Arizona College of Medicine told Time magazine that your core temperature drops during the hour or two before bed thanks to your body's built-in sleep clock, and continues to drop until it reaches its lowest point at around 3 a.m. Thick pyjamas and heavy blankets will trap heat around your body, raising your body temperature and impacting this natural cooling process, and therefore disrupting a quiet night's rest.

But it could also point to something more serious. If your room is at a normal temperature and you're still waking up drenched in sweat, you could be suffering from what doctors refer to as "true night sweats," according to WebMD when, regardless of the temperature of the room, you are suffer from severe hot flashes in the night that leave your bedsheets soaked. You don't have a fever, you're too young for the menopause, so what could it be? Here's a rundown of the five underlying causes of night sweats that you might not expect.