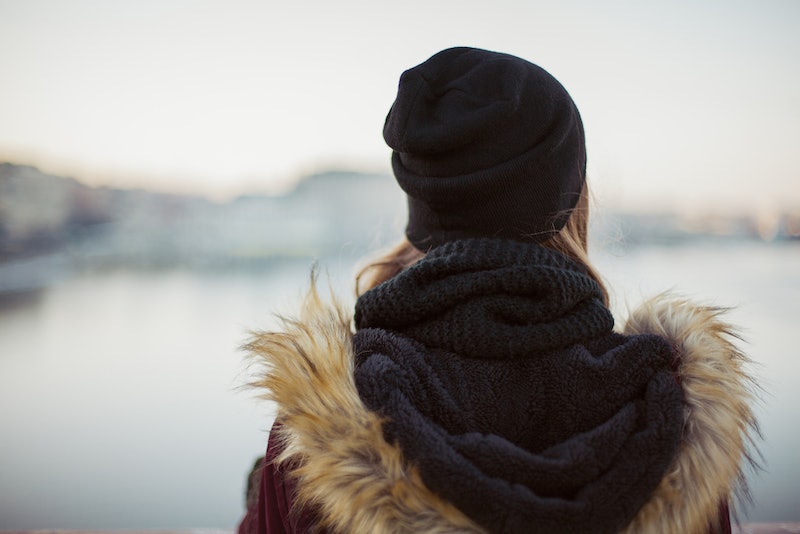 Mental health experts say these gloomier winter days are to blame for seasonal depression since you’re not getting enough sunlight. But scientists now think they might know how that’s happening in the body. Two new studies suggest a brain circuit may be responsible for seasonal affective disorder, NPR reports. When light-sensing cells in your eye sense less light, says NPR, they send signals to your brain that can make you feel bummed out or even depressed.

"It's very likely that things like seasonal affective disorder involve this pathway," Jerome Sanes, a professor of neuroscience at Brown University, told NPR.

Scientists originally thought that when light hit your retina — a thin layer of light-sensitive nerves that line the back of your eye — only cells called rods and cones responded to the light, NPR reports. But, according to the study, researchers have now found that a substance called melanopsin also responds to light. The researchers say in the study that even though melanopsin is in your eye, it isn’t responsible for helping you see; its main function is to keep your brain’s internal clock in sync.

A second study published in September conducted on mice showed a direct connection between melanopsin and mood. According to NPR, the researchers used genetic-editing tools to remove the melanopsin cells from some mice, and the mice that didn’t have any melanopsin didn’t become depressed when exposed to shortened cycles of light and dark. The study suggests there’s actually a biological reason we get seasonal depression.

It should also be noted that melanopsin is the same protein that researchers recently found reacts to the blue light in electronic devices. Researchers found that melanopsin actually keeps regenerating in your eye the more it’s exposed to light, sending signals to your brain to stay awake. That means not all light is your friend, so while light box therapy could help you feel a little less gloomy, your electronic devices might be messing with your sleep.

The researchers told NPR the next question they’d like to answer is one about evolution. "You will understand why you would need light to see," Samer Hattar, an author of the mouse study and chief of the section on light and circadian rhythms at the National Institute of Mental Health, told NPR, "but why do you need light to make you happy?"

Isn’t that the existential question? For now, let’s just stick with how light can make you happy — with a little box of sunshine right on your desk.