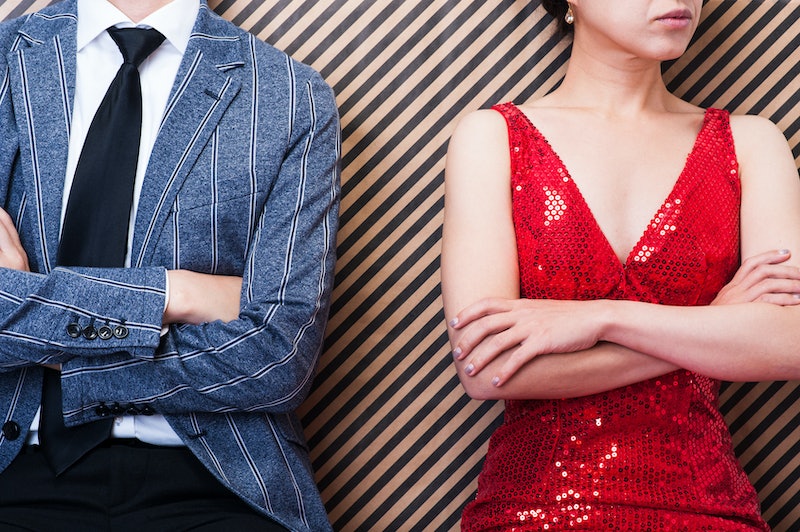 The sexual misconduct reckoning has resulted in an impressive airing of grievances across various industries, but we don't seem to be at the point yet where we can implement meaningful change. This Reuters poll may offer some insight as to why: there's little consensus amongst people about what counts as sexual harassment.

Of course, in a perfect world, whatever makes a person feel sexually unsafe and/or takes away their agency over their body is sexual harassment, and we address conflict about that as it arises. And the law actually reflects this. According to Reuters:

"The U.S. Equal Employment Opportunity Commission, a federal agency that enforces workplace discrimination laws, says sexual harassment can include unwelcome sexual advances as well as other verbal or physical conduct of a sexual nature that affects an individual’s employment, interferes with their performance or creates an intimidating or hostile work environment."

But in an imperfect world, experts say the onus is on companies to give crystal clear instruction about what is and is not acceptable behavior in the workplace — even if that means explicitly printing in the employee handbook that taking your dick out at the office is not OK. But aside from that, there's actually some stunning cognitive dissonance going on in other arenas pertaining to sexual misconduct.

When it came to unwanted compliments about physical appearance, 56 percent of women of color said it amounted to harassment, which was almost double the amount of white women. (Which makes sense when you think about it: in addition to dealing with sexualized comments from men, women of color have to deal with, for example, the well-intentioned white woman ~generously~ complimenting their hair.) By comparison, only 28 percent of white men and 42 percent of men of color agreed that unwanted compliments about physical appearance were sexual harassment.

Another scenario that confused participants was "telling dirty jokes": 41 percent thought it was harassment but 44 percent didn't. And whether or not sending nudes counted as sexual harassment trended along generational lines in the opposite direction as all the other scenarios: millennials were the least likely to be offended by them, followed by gen-Xers, followed by baby boomers. In almost all the other findings, millennials were the most likely to identify sexual harassment in the scenarios given.

Part of the problem, in addition to employers not strictly defining behavioral standards, is that people who haven't been victimized themselves tend not to see how their behaviors might hurt the people who have been. The issue beyond policing behavior is that we aren't listening to people who say they've been hurt, assessing how our behavior might be harmful, and accurately identifying and processing those conflicts as they arise.

More like this
The 19 Best Tweets & Memes About Bisexual Awareness Week
By Lexi Inks
Are Quality Time & Gift-Receiving Love Languages Compatible?
By Lexi Inks
How To Politely Reject Someone Who Keeps Asking You Out
By Laken Howard and Lexi Inks
Why A Libra & Libra Couple Might Become Codependent
By Kristine Fellizar
Get Even More From Bustle — Sign Up For The Newsletter