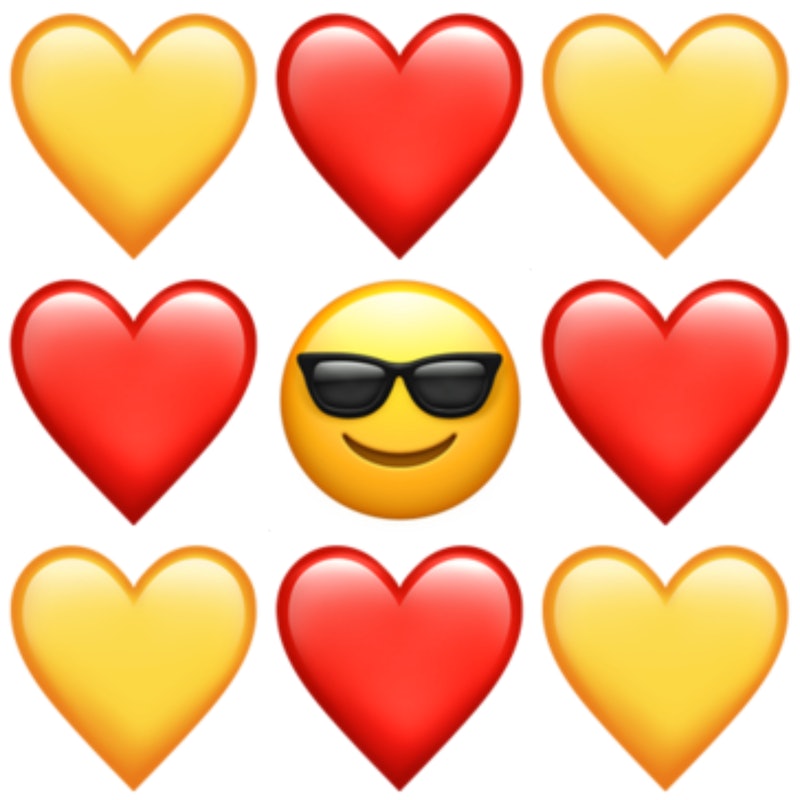 If you are one of Snapchat's 100 million devoted daily users, you've probably noticed those curious little emoji next to friends' names in your friend list. Without a clear explanation, even a seasoned Snapper may wonder what the friend emoji on Snapchat mean. But have no fear, oh social media maverick; there is no need to be befuddled. Just like in text, the universal language of emoji is pretty easy to understand. It urns out that these pictorial cues provide valuable insight into your relationships — as they stand on the Snapchat app, at least. These little pictographs show how you interact with friends on Snapchat (in other words, who you Snap with most frequently); what's more, they change according to you and your friends' behavior.

The "Best Friend" emojis were added in an update way back in April of 2015. A replacement for problematic public rankings of the friends users Snapped with most, the private emoji relationship data can only be seen by the user. Snappers can view these emoji by clicking on their profile avatar at the top of the screen, then tapping the "My Friends" option.

Friendship is judged by number of Snaps sent, with each Snapchat friendship (Snapship?) being filed under one of two categories: Best Friend and Close Friend. A Gold Heart emoji next to your friend's name means that you and this person are "Best Friends," meaning that "You send the most Snaps to this Snapchatter, and they send the most Snaps to you too," according to Snapchat's support page. A "Close Friend," meanwhile, is someone you send a lot of Snaps to, and is identified by the classic smiley face. The emoji customize depending on how much time you have been someone's Best or Close Friend, as well as how often you Snap with them. So, basically, if you maintain a constant back and forth (even if it's not quite as steady as a Snapstreak), you get emoji rewards for it.

These friend emoji cannot be disabled; however, you can customize the types of emoji used to signal your activity. Sow chaos by replacing the Red Heart with a Pizza and the Smiley Face with a Dollar Sign — it's up to you!

When one of these symbols appear next to your friend, this is what it means, according to Snapchat itself: