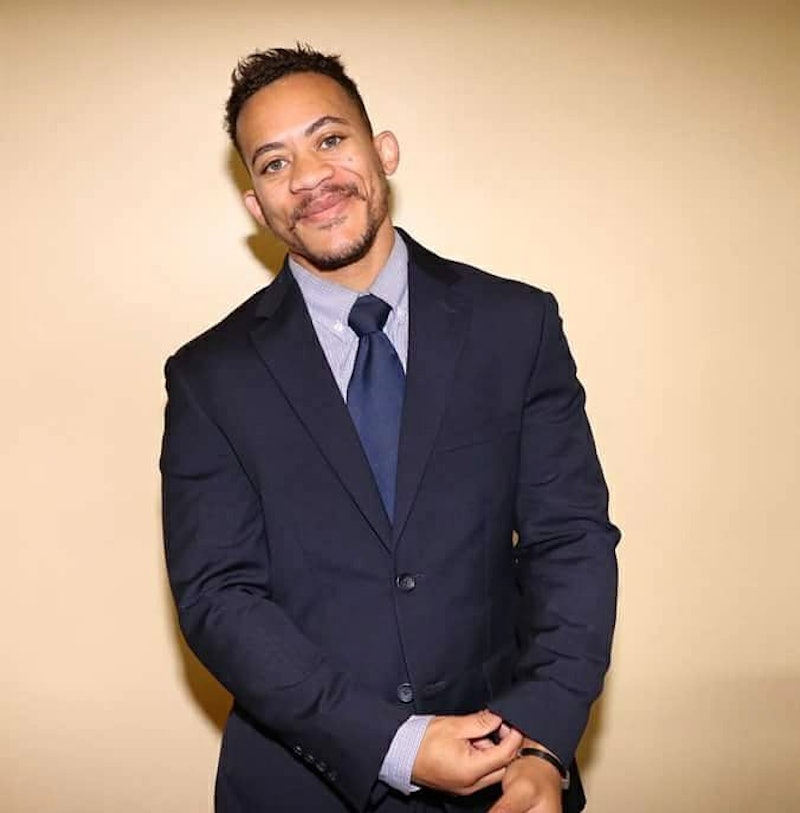 When Donald Trump announced his new ban on transgender military service, the condemnation was swift. Elizabeth Warren, John McCain, and even Caitlyn Jenner lashed out at the president for attacking American troops serving their country. But what did transgender veterans have to say?

Bustle reached out to Shane Ortega, one of the most outspoken transgender veterans in the country. He served in multiple combat tours in Iraq and Afghanistan (with the Marine Corps and the Army) before retiring in 2016 as a Staff Sergeant with 11 years of experience.

Here's what he has to say about the tweets, the response, and where things go from here:

When did you find out about the ban? What was your reaction?

So, I found out early this morning, probably around 5 a.m., I had a service member call me. And then right after that at like 6 a.m. I had every news agency in the states call me. I have 84 missed phone calls.

Is there anything you’d want to say to Donald Trump if you could? What are the two things you think he needs to hear the most?

The first thing is that this isn't the Donald Trump show. American citizens are not supporting actors to your reality show. That's the number one thing that needs to be emphasized and I think no one is saying that to him directly.

"You're not the person who gets to choose who is good enough as a human being."

Were there challenges to serving in the military as a transgender person? Is there any truth to what he's saying that there are different needs?

My military track record and service record is definitely different than other service members. I'd say that mine is different in the fact that I worked in a very highly demanding, highly physical, high level position being in special operations and that's not the average military story. To say that these people are detracting away from service — they're not detracting away from service! To be quite frank, every infantryman that has served for the last 23 years in our United States Military has served next to a trans-born national.

What do you mean by that?

There's a common misconception that "Oh, Trans military service is just something that just popped out of the water to have LGBT rights." Right? No. Our closest allies, like Canada, Australia, and Israel, have literally had LGBT service members, including the T, out and proud in their military service branches for the last 23 years.

So, there's over 19 different countries that we are allies with where we, as service members, fight right next to them — like the British army, that has trans service members, both male and female, that serve in combat roles and behind desks. They might not have outed themselves face to face, or in the bathroom, the showers, or any of these other combat environments, but we have already been serving for the last 23 years with these people.

Is there anything else that you think people need to know?

Yes, this is the major point for the service member side: When people are kicked out of the military or told they have to get out, there's three different kinds of discharges. There's what we call a "bad conduct" discharge, which is basically equivalent of being a felon, which means that military service member will never get another job. And then there's what we call "general under honorable condition," which means you served but we're not going to give you any of your benefits from serving. And then there's the ideal, which is called "honorable" discharge and it's what I and a lot of other veterans have. It means you can use your VA benefits and stuff like that, but you can also like get a good job because they didn't say you were a bad person.

And then I worry about the second point, which is if Donald Trump comes for trans service members, he's gonna come for LGB service members, and then he's gonna start coming for the American population. I'm just being real, right, like there's no line.

He will disassemble American freedom by pitting people against each other and by praying on the fears of the ignorant. That's what we have.