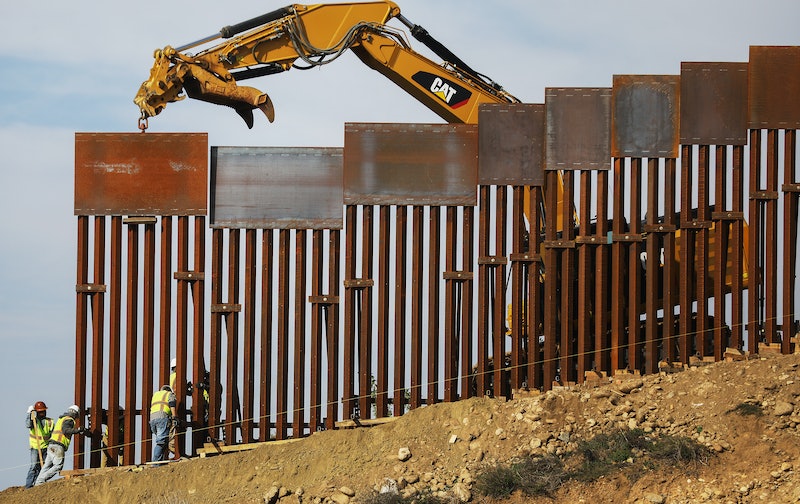 However, Trump has backed off the move since his primetime speech. "What we're not looking to do right now is national emergency. I'm not going to do it so fast," Trump said on Friday afternoon, according to The Washington Post.

Previously, Trump had said that he could build a wall by declaring a national emergency and it would stand firm against legal challenges "100%," according to The Guardian. Bloomberg reported any declaration would likely be challenged immediately. "The president's authority in this area is intended for wars and genuine national emergencies. Asserting this authority to build a wasteful wall is legally dubious and would invite a legal challenge from Congress,” House Appropriations Committee spokesman Evan Hollander said in a statement.

Trump had turned to the possibility of a declaring a national emergency because his $5.7 billion request to build a border wall on a southern border is being deflected by House Democrats, according to Politico. "We're either going to have a win, make a compromise... because I think a compromise is a win for everybody... or I will declare a national emergency," Trump had said before he visited the southern border to discuss a wall, according to The Guardian.

The wall — which has since been downgraded from a concrete wall to a steel barrier — has been the central issue in the government shutdown. Bloomberg reported that there are already walls or barriers along 653 miles of the southern border in much of California, Arizona, and New Mexico. The remaining land is private or state owned, according to Bloomberg.

The wall is a sticking point in the negotiations to re-open the government and pass appropriation bills. As a result, this shutdown became the longest government shutdown in American history on Saturday with an estimated 800,000 federal workers either working without pay or on furlough, according to CNN.