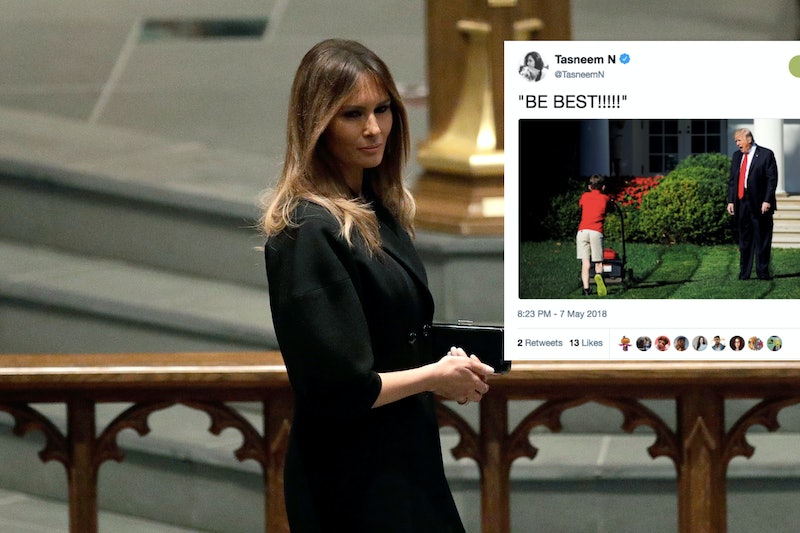 On Monday, the first lady announced how she plans to spend her time while living in the White House. Melania Trump's platform, named "Be Best," elicited Twitter reactions almost immediately. Some observers clung to the fact that, while part of her platform intends to fight cyberbullying, her husband, President Trump, has developed quite a reputation for weaponizing social media against those who don't support him.

White House Press Secretary Sarah Huckabee Sanders has dismissed the notion that Trump had somehow contributed to a toxic online culture. "I think the idea that you're trying to blame cyberbullying on the President — when it comes to kids this is something that has been problematic and something that we have seen over the last decade," Sanders told reporters, according to CNN.

That being said, President Trump is certainly well-known for firing off tweets about people he doesn't like, and especially so for using the platform to give those people confrontational nicknames. And on Twitter Monday afternoon, many people were quick to utilize the website to point out the slightly ironic nature of the first lady choosing to publicly, explicitly work to fight against those who are unkind online.

The hashtag #BeBest tore across the social media website, many pointing to past incidents where Trump was less than his best on the internet.