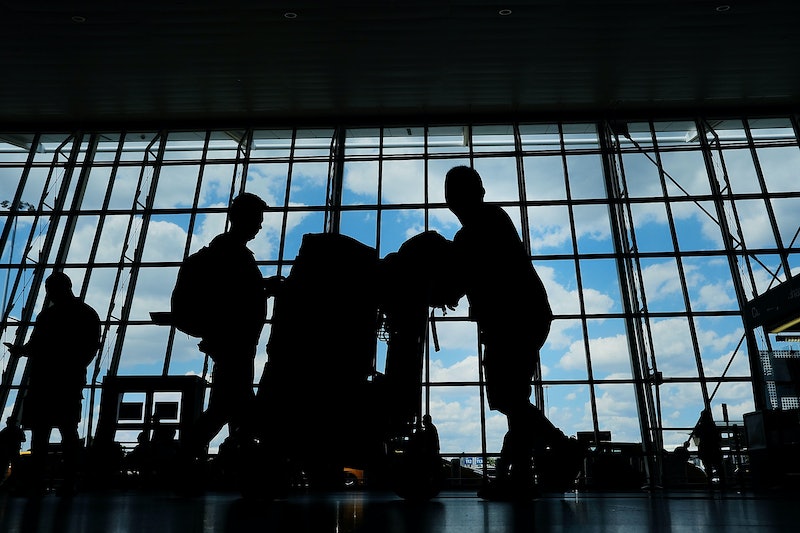 The Supreme Court ruled on Monday that portions of President Trump's travel ban would go into effect temporarily before it hears arguments on the case later this year. The ruling's exemption for people who have "bona fide relationships" with a person or entity in the U.S. prompted confusion and criticism for its open-ended interpretation. On Wednesday night, the State Department clarified the meaning of the travel ban ruling's "bona fide relationships" term in a set of guidelines to U.S. embassies and consulates.

According to the Associated Press, "grandparents, grandchildren, aunts, uncles, nieces, nephews, cousins, brothers-in-law and sisters-in-law, fiancees or other extended family members are not considered to be close relations." Instead, visa applicants from the six listed countries must be able to prove that they have a parent, spouse, child, adult son or daughter, son-in-law, daughter-in-law or sibling already in the United States to qualify for the exemption.

The six countries included in the travel ban are Iran, Libya, Somalia, Sudan, Syria, and Yemen; Iraq is no longer on the list. In its per curiam ruling, the Supreme Court indicated that the exemption covered international students admitted to American universities; workers hired by American companies; family members who want to visit or live with relatives in the U.S.; and lecturers who have been asked to come speak to American audiences.

The 90-day period for the travel ban on six majority-Muslim countries is also slated to go into effect on Thursday evening.

The State Department's guidelines also clarified the ruling's definition of a bona fide relationship with an "entity" in the U.S. For such a relationship to be considered bona fide, it must be "formal, documented and formed in the ordinary course rather than for the purpose of evading" the ban. This means, for example, that students, workers, lecturers, and journalists with valid contracts or invitations would be able to enter the U.S., but people seeking employment or a degree for the sole purpose of obtaining an exemption from the ban would not.

Then, on a case-by-case basis, there are a few other instances where an exemption might be granted. These instances were detailed in the State Department cable, as reported by AP:

Consular officers may grant other exemptions to applicants from the six nations if they have "previously established significant contacts with the United States"; "significant business or professional obligations" in the U.S.; if they are an infant, adopted child or in need of urgent medical care; if they are traveling for business with a recognized international organization or the U.S. government or if they are a legal resident of Canada who applies for a visa in Canada.

Following a series of protests at airports across the country, the first two versions of Trump's travel ban were struck down by lower courts and by a federal judge. The revised travel ban, which has been partially reinstated by the court's ruling, will remain in place until the Supreme Court takes up the case in the fall.