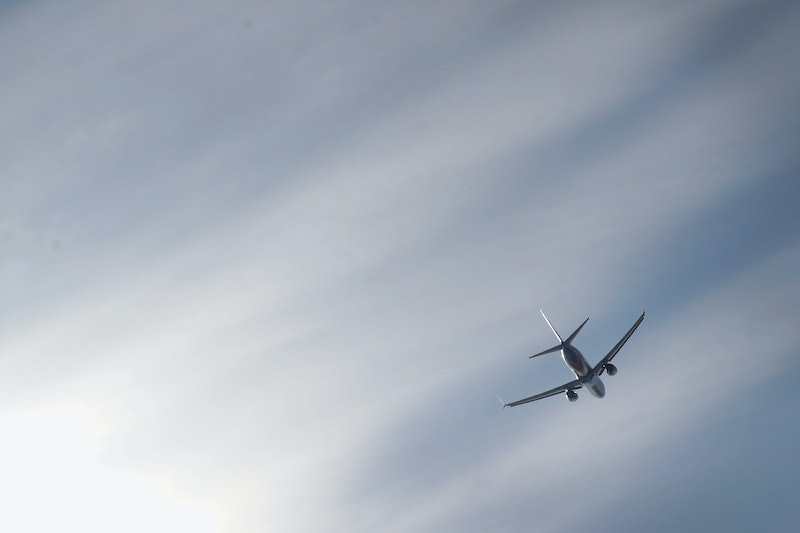 On Tuesday afternoon, a Southwest Airlines Boeing 737 Max 8 Plane had to make an emergency landing in Florida. This news might be confusing to some, since all Boeing planes were ordered to be grounded in the United States pending an investigation of the aircraft. For those wondering what grounding planes actually means, you can rest assured that no Boeing 737 planes are currently in use on a commercial basis. Additionally, the emergency landing had to do with a reported engine problem, not the software issue reportedly involved in the two previous Boeing crashes.

Per USA Today, the plane in Florida was being flown by a pilot and a co-pilot to an aircraft storage facility in California, where some grounded planes are being kept for the time being. There were no other passengers onboard. This plane was technically "grounded," in that it was not being used for commercial purposes, and was only being flown to arrive at its grounding facility.

The FAA released the following statement on the matter:

The crew of Southwest Airlines Flight 8701, a Boeing 737 MAX aircraft, declared an emergency after the aircraft experienced a reported engine problem while departing from Orlando International Airport in Florida about 2:50 p.m. today. The aircraft returned and landed safely in Orlando. No passengers were aboard the aircraft, which was being ferried to Victorville, Calif., for storage. The FAA is investigating.

Southwest also provided the following statement to Bustle regarding the incident:

Southwest 8701 operating as a ferry flight with no passengers onboard returned to Orlando International Airport just before 3pm EDT after Pilots reported a performance issue with one of the engines shortly after takeoff. The Crew followed protocol and safely landed back at the airport. The flight was scheduled to fly to Southern California Logistics Airport in Victorville, Calif., for short-term storage. The Boeing 737 MAX 8 will be moved to our Orlando maintenance facility for a review.

In an email, Boeing told Bustle, "We are aware of the situation and supporting our customer," and included Southwest's statement, as listed above.

The FAA first ordered the grounding of all Boeing 737 planes earlier this month, after two fatal crashes of the model in the last year, one through Ethiopian Airlines and one through Lion Air. Since then, American Airlines and Southwest (who deploy the majority of Boeing airplanes in the U.S., along with United Airlines to a lesser extent) have been offering affected customers the option of cancelling or rebooking flights for free.

Per The Washington Post, American Airlines' recent announcement that it would extend all Boeing-related cancellations through April 24 now means that approximately 90 flights a day from the carrier will be cancelled for the indefinite future. All three carriers will not be able to use their Boeing 737 planes for commercial use until the FAA lifts the grounding order.

On March 23, Boeing held a meeting with a dozen pilots and trainers representing airlines that use the aircraft in question, per The New York Times. During that meeting, there was a discussion about proposed modifications to Boeing software, and pilots were able to go through a simulation to see how they could handle a similar situation to what might have happened in the two fatal crashes. The Times reports that Boeing plans to host another similar event with 200 pilots and carrier officials this Saturday.

Boeing provided the following statement to The New York Times regarding the two meetings:

This is part of our ongoing effort to share more details about our plan for supporting the safe return of the 737 Max to commercial service. We had a productive session this past Saturday and plan to reach all current and many future Max operators and their home regulators.