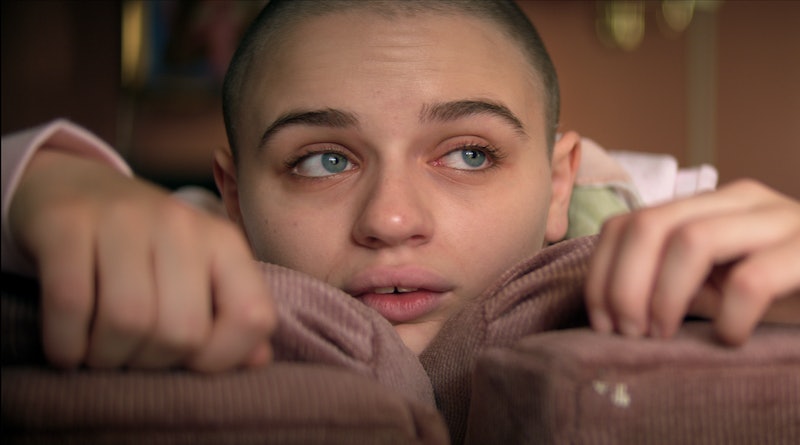 Gypsy Rose Blanchard's case has already been chronicled in several documentaries, but Hulu's The Act adds a new layer to the story by dramatizing its events. However, Gypsy wasn't involved in the making of the show, and as she told Bustle in a statement, Gypsy thinks The Act is "very unfair" to her story. When reached by email, she said:

Bustle reached out to both Hulu and Michelle Dean's rep for a response, but did not immediately hear back.

Joey King, who plays Gypsy in the show, also wasn't permitted to speak to Gypsy. "Legally, I wasn't allowed to. I don't even understand all the reasons," the actress told the Today show. However, she was able to watch footage of the multiple interviews Gypsy has given about her case in order to prepare, as well use use the research of creator Michelle Dean, who wrote the 2016 BuzzFeed article about Gypsy upon which The Act is based.

King explained to the Los Angeles Times that the breadth of information available to her was invaluable. "I watched the documentary countless times. I found any interviews, any home videos I could scramble on the internet. It was really helpful to have Michelle Dean on our show because I would go to her a lot. I would call her up a lot just for stories and information," King said.

However, King told Build Series she's anxious about what Gypsy will think if she ever sees the series (as Gypsy noted, she is unable to watch the show while in prison). "What we tried to do was really just accurately represent what happened and who these people were," she said. "It is nerve-racking cause I was thinking about if she sees it one day, I think it will be really really, really hard for her to watch. I think it will be hard for them to watch other people play them number one, and also this is like reliving your truth. And so I can't even imagine what that would be like if [she] saw it."

In addition to Gypsy's comment, some of her family members have also spoken out about The Act. Her cousin Bobby Pitre told RadarOnline that Gypsy's aunts — the sisters of her mother Dee Dee, who Gypsy orchestrated a plot to murder — wish people would let the story go. "They don't know why people keep making stories about it," Pitre said. "They want people to just let it go and leave it alone."

However, Gypsy's dad and stepmom were at one point cooperating with the production of another scripted series called By Proxy, according to the Springfield News-Leader. At the time, it hadn't been picked up by a network, but RadarOnline also reported that Gypsy herself was involved. So there are some conflicting accounts of how, if at all, Gypsy and her family want the story to be told.

This post has been updated to include Gypsy Rose Blanchard's statement about The Act.