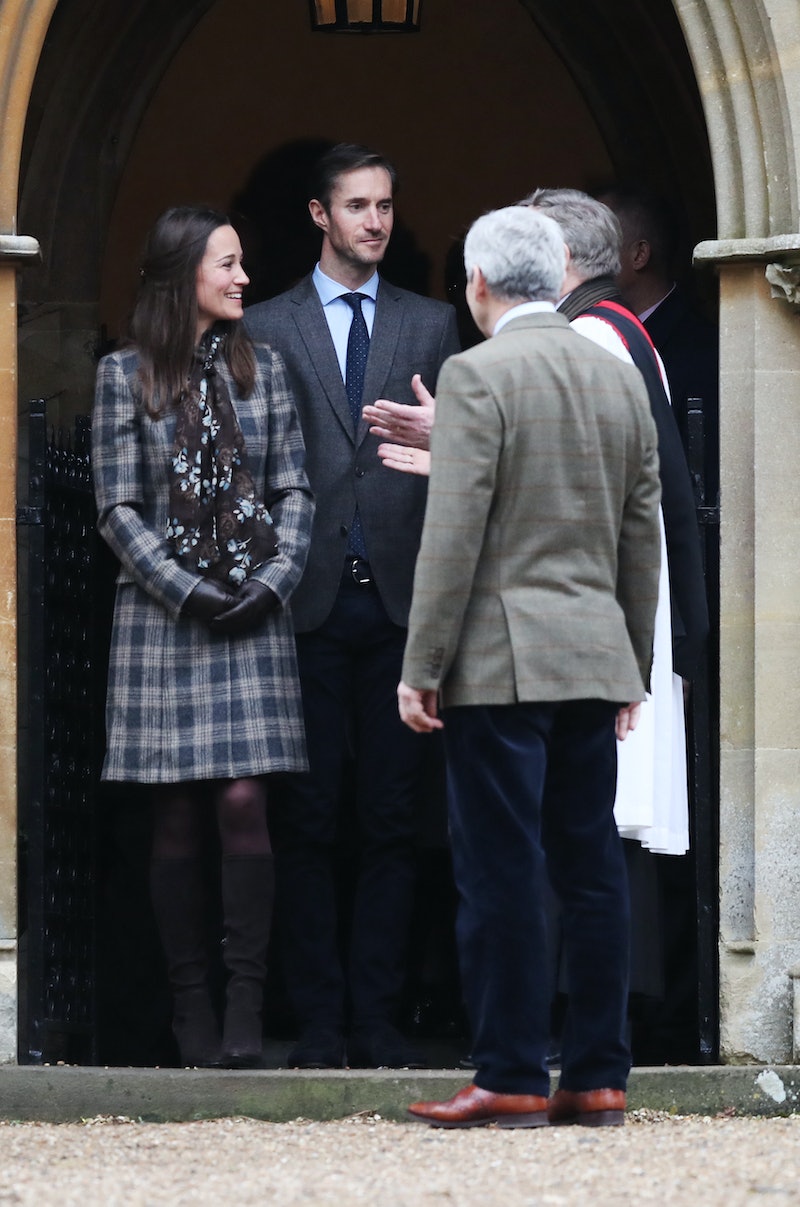 After nearly a year of being engaged, Kate Middleton's younger sister, Pippa, is tying the knot, and everyone's running around trying to find out more about the guy she's marrying on Saturday, May 20. So, what exactly does James Matthews do? The man in question — older brother to reality TV star Spencer Matthews — is athletic, savvy, and charitable as far as I can tell, seemingly making him a perfect suitor for the Duchess of Cambridge's little sister.

Matthews appears to be a jack of all trades. He graduated from Uppingham School of Rutland and trained as a finance trader at Spear, Leeds & Kellogg, Business Insider reported. According to The Sun, Matthews was once a race car driver, winning the British Formula Renault Championship and the Eurocup Formula Renault in 1994. Now, Matthews is a Hedge Fund manager and chief executive of Eden Rock Capital Management Group with offices in London, according to The Mirror.

At 40, Matthews has stayed busy making a name for himself in the investment banking world, and he even named his company after his parents' Caribbean resort, according to Us Weekly. And work isn't his only strong suit, as he and Pippa have been seen skiing and even racing for charity together. Talk about a match made in heaven!

It sounds like there's little this man can't do, and it's plain to see how he'll fit right into a royal family. I can already tell this wedding will be one worth celebrating, even if it's from behind the screens of our phones.

More like this
Jake Daniels Just Became The UK’s First Active Football Player To Come Out As Gay Since 1990
By Sam Ramsden
What Is Jeanie Buss' Net Worth? The Lakers President Is Uber Rich
By Hugh McIntyre
Sasha Lane’s Greatest Love Of All Is Her Daughter
By Sophie McEvoy
Kelly Osbourne Found Love In Her Best Friend & Now They're Expecting
By Vivian Iroanya and Rachel Mantock
Get Even More From Bustle — Sign Up For The Newsletter