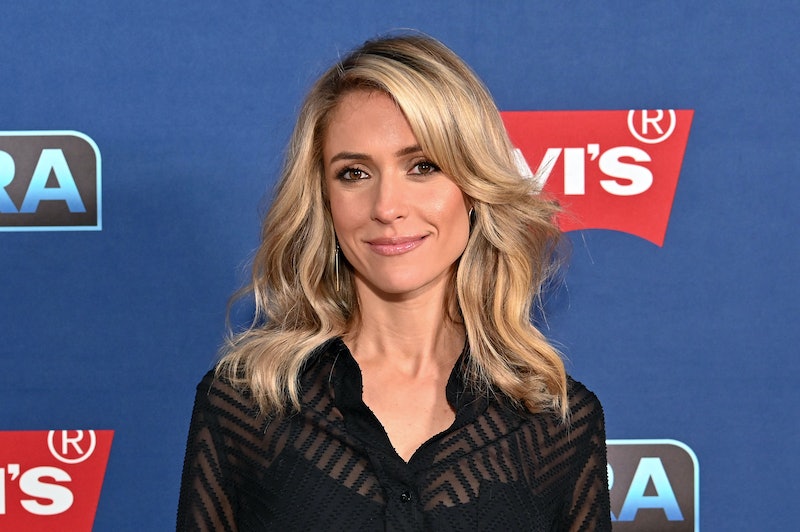 When you think of Laguna Beach and The Hills, it's hard not to think of Lauren Conrad and Kristin Cavallari. Neither one of them is returning forThe Hills: New Beginnings, which is kind of hard to believe. But true to form, even though she won't be on the reboot, fans can rest assured that Kristin Cavallari has an opinion about Hills: New Beginnings. Of course she does, right?

Kristin knows that Laguna Beach and The Hills are what made her famous, but she also has her very own reality show, Very Cavallari, currently airing on E!. It's not like anyone expected that Kristin would give up her very own headlining gig to go back into the ensemble cast of The Hills and fight Spencer Pratt and Brody Jenner for screen time.

That being said, Kristin is totally all about the rest of the cast reuniting for the reboot. She told Hollywood Life that she would have been into joining the cast if her life was a little different these days. She said that being a mom and a wife and running her businesses was enough for her these days. Cavallari said that she would have " loved to have made a cameo" but that she wouldn't have been able to immerse herself in the "whole lifestyle." "Mentally and emotionally, I could not have gone back to that same place. There’s just no way... I’m going to be able to watch it and enjoy it as a viewer and not emotionally live through it which is the best of both worlds," she added.

It's something that many of the cast members thought about before signing on to do the reboot. Heidi Montag told Glamour she had some separation anxiety before filming. "For the first time ever, I was hesitant and protective," she says. "I've been waiting to have this child for so many years, and I hadn't left him in a year. Maybe for an hour a few times over a year. So that was really challenging for me: transitioning from being an attachment parent to having to get some help." Still, she managed to make it work.

That doesn't work for everyone — especially Cavallari who doesn't even live in California anymore. Kristin knows she can't jump into the fray anymore, but now she can be a viewer like the rest of us and really enjoy it. And for the record, Kristin was #TeamReunion a few years ago when she was close to signing a deal with E! for a The Hills reunion show, but the whole thing came apart, per People, because of Heidi and Spencer.

She said, “I was about to sign a deal to do a Hills reunion with E!, and then Heidi and Spencer signed a deal with MTV,” Kristin said. “And, they’re such a vital part of The Hills that we couldn’t do it without them."

Some fans might hard disagree about that. Spencer and Heidi are definitely integral members of the cast, but the women like Lauren and Kristin and Lo and Audrina were the ones that really kept The Hills moving. Which means that the reboot will likely get fans' attention even without Kristin and LC to lead the way. Brandon Lee and Mischa Barton, two of the new cast members from the reboot have some very high heels to fill; judging from the episodes so far, they're going to be pretty good at it, too.