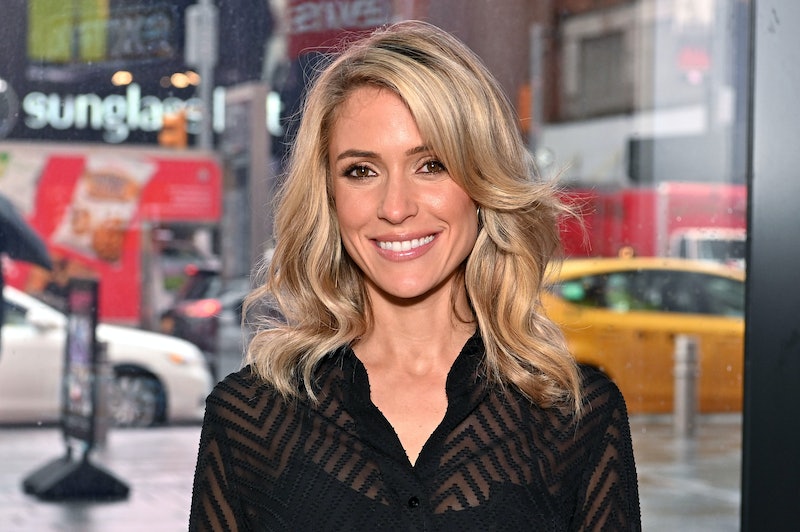 “This is the first I’m hearing about this,” Cavallari — who didn't join MTV's Laguna Beach spinoff until three years after Lauren Conrad became "the girl who didn't go to Paris" — responded. Although it all went down before her time, she wasn't exactly surprised, however.

“I’ve never heard that, but I can tell you, most of my stuff wasn’t real,” added the reality star, who was promoting E!'s Very Cavallari Season 2. “So, I’m going to take that road and say that maybe it’s true. I’m just happy that more people are finally coming out saying that stuff isn’t real because for the longest time it was only me, so thank you, Whitney!”

Side note: At the time, Cavallari was seated next to fellow WWHL guest and Real Housewives of New York star, Dorinda Medley, who, by the way, confirmed that RHONY is "completely real."

If, like Cavallari, you also hadn't heard Port's admission, it came during a Vogue interview, published last month. Reminded of the iconic scene in which she famously stood curbside at LAX, ready to take the opportunity that Conrad apparently had turned down in favor of spending time stateside with her then-boyfriend Jason Wahler, Port said:

“That was so ridiculous. It wasn’t an ideal situation, but I thought, okay, this is good for me because I really was pursuing a career in fashion. I thought it showed that I was down and determined to do this. It was very Anne Hathaway as Andy Sachs [from The Devil Wears Prada]. I got dressed up in an airport look and went for it.”

Either way, Port is returning for the series' upcoming revival, The Hills: New Beginnings. Cavallari, on the other hand, has her own E! reality show to contend with — but there's no hard feelings. In fact, she's even said that she's looking forward to the Hills reboot.

"I’m excited to see it, like everybody else," Cavallari recently told Us Weekly, adding that she'd "love to do some sort of cameo or something" but "can’t, because of [Very Cavallari]."

While there's plenty of drama over on Very Cavallari to contend with, perhaps it's not quite as contrived as Cavallari says hers was in her earlier days of reality TV. And Hills fans would surely welcome her back regardless.