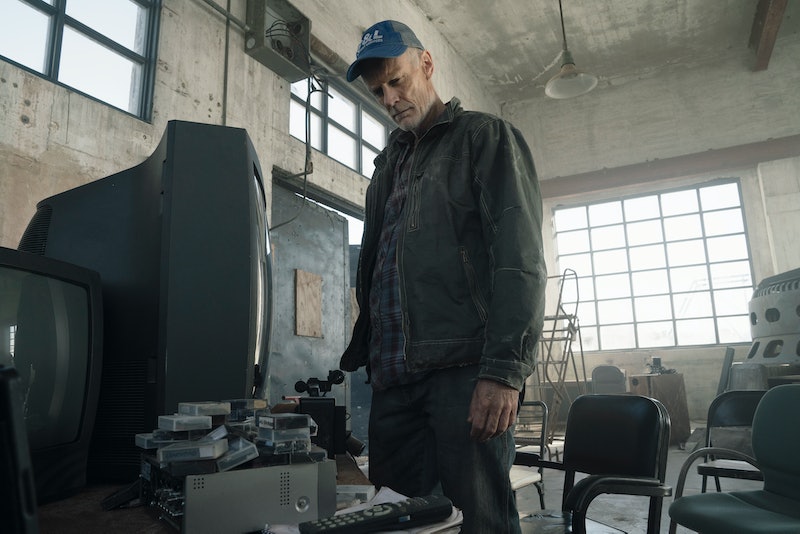 Let's do a quick recap, as it's been a minute since Logan last appeared. So long, in fact, that Sunday's episode Logan was once partnered with Clayton, the guy who started the charitable organization that Alicia and Morgan took over. At some point after the zombie apocalypse/outbreak began, they split into two factions. The two of them owned a denim factory, which our heroes turned into the basis of their philanthropic organization and brewery. That is, until Logan returned and forcibly reclaimed the property. He and his crew don't want to hurt them, but they seem more than willing to if and when necessary.

This most recent episode gave us a slightly better picture of what Logan is looking for and what he wants. In short: fuel. He's looking for gasoline. He also may not be as in charge of his convoy as he made himself out to be — they lowkey threatened him when the search came up empty.

At the end of the episode, Logan has a rendezvous with our group and proposes they team up to find the fuel before his convoy does.

"You might wanna listen to me if you plan to help," he begins. That's a little ominous, right off the bat. No need to turn an olive branch into a threat, dude. "There's a reason you all needed a plane to cross those mountains," he continues, slowly building to a point, "It was the only way to get there. The hurricane, the general wear and tear of this world — people can't get to where they need to get to anymore, and it's only gonna get worse. Clayton knew it was gonna be a problem. He saw it coming and he did something about it. He set some people up to cultivate a resource to help rectify the situation."

Apparently Clayton, the Marley to Logan's Scrooge, left a journal with the location of gasoline stores at the mill — and not only does Luciana have it, she gives that info over immediately. Logan wants to make amends for what he's done in the apocalypse. He also claims that his convoy would kill all of them, himself included, if he knew they were working together. That's probably true, given his black eye and the way they bossed him around.

Can he ultimately be trusted? Probably not, but at the moment he is outnumbered and he is right. They're going to need fuel if they want to keep flying that plane to more people in need. Plus, while the Fear characters haven't dealt with too many truly evil villains, Morgan and Dwight have. If Logan is really up to know good, they'll sniff it out before it's too late.