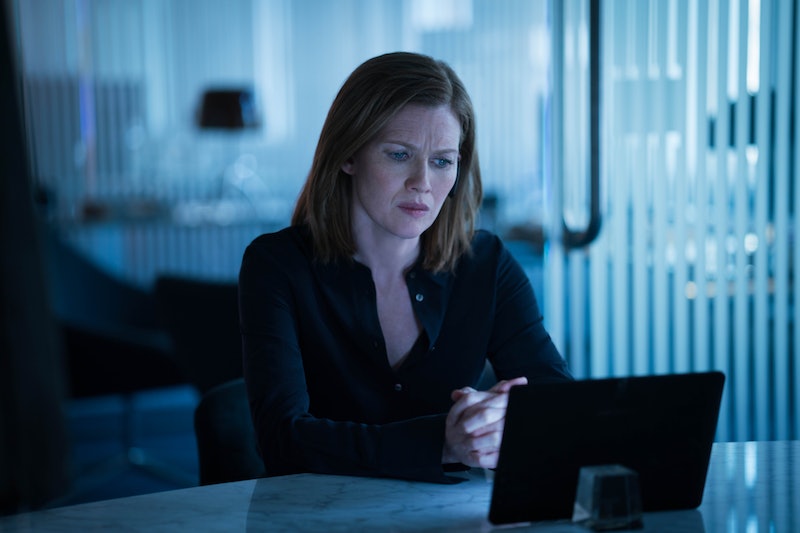 Spoilers ahead for the first three episodes of Amazon's Hanna. The titular star of Hanna, Amazon's TV adaptation of the 2011 movie of the same name, isn't an ordinary teenager. She's been raised in the secluded wilderness by her father, Erik, who trains her night and day to become as strong and competent an assassin as he is. But aside from her atypical upbringing, there's something else that sets Hanna apart. Both Hanna and her father are being pursued by ruthless enemies that will stop at nothing to capture and kill them. CIA boss Marissa Wiegler is the one spearheading the hunt for the fugitives, but why does Marissa want to kill Hanna and Erik in the first place? What happened when Hanna was a baby to make her so important — and potentially dangerous?

When the series opens, Hanna's father is in the process of smuggling his infant daughter out of a seemingly normal hospital nursery. He and his wife drive with the baby through the wilderness, but are caught in a hail of gunfire from an overhead helicopter. Joanna is ultimately killed in the surprise altercation, but Erik is able to smuggle the baby away to safety in the Polish wilderness.

Elena Nicolaou of Refinery29 points out that there's one major difference between Amazon's Hanna series and the 2011 film. In the show version, Erik is doing everything in his power to keep Hanna from leaving their hideout. Hanna sneaks out, triggering an accidental chase and capture sequence that kicks off the action for the rest of the show. In the film, however, it's Erik that presents his daughter with the option to leave in the first place, giving the 16-year-old Hanna a transponder button that will alert Marissa and the CIA to their presence in Finland (the film has them hiding in Finland, not Poland).

In both versions, Erik is training Hanna to kill Marissa Wiegler, who he blames for his wife's death. But why was Marissa involved with Hanna's family in the first place? Over the course of the season, CBR notes, information comes to light, revealing that Hanna was part of a top secret project that turned her into a sort of "teenage super soldier." Wiegler was the puppet master pulling the strings in this project that apparently went south, which is why she's dead set on making sure there is no living evidence of her failure.

In an interview with JoBlo Trailers, Mireille Enos explained that although Marissa is clearly the villain of the series, she hopes that both David Farr's writing and her performance will give the audience a more nuanced experience than just plain good or evil.

"[Erik, Hanna, and Marissa] all have their own journeys, they all have their own powerful reasons why... They're trying to protect themselves and the people that they love... I'm not trying to turn [Marissa] into something she's not — she's a murderer... but my goal is to draw the audience in and have them be rooting for her agenda as well."

In the golden age of television, there's no space for one-dimensional villains who are only out to do evil. Marissa and her motives are complex — so it makes sense they need eight whole episodes to fully unpack them all.