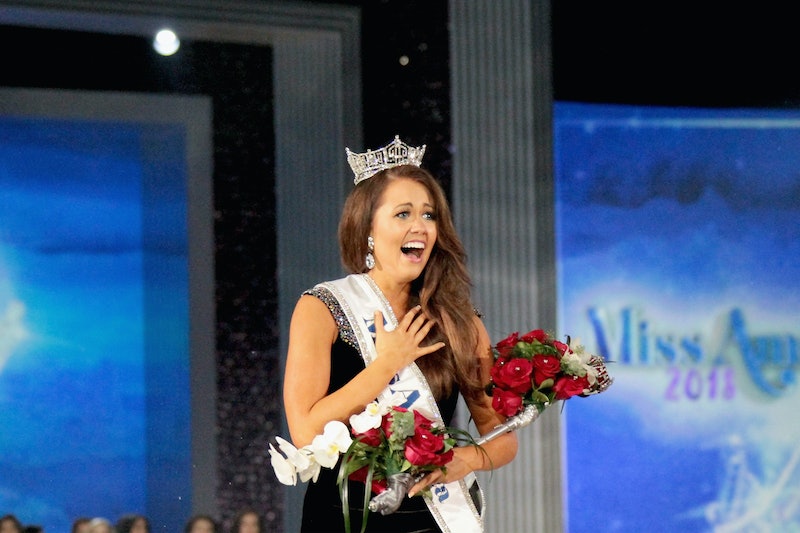 Time to dust off that sparky crown you've been hiding in your closet, because the 2019 Miss America Pageant is nearly here! Set to premiere on ABC on Sunday, Sept 9 at 9 p.m. EST, Miss America 2019 will feature 51 women strutting their stuff, showing off their talents, and competing to be crowned the next Miss America. But what exactly are these women competing for? What does Miss America 2019 win?

Clearly being Miss America is more than just waving to a crowd and wearing a pretty crown, so the prize package and salary reflect that hard work. Miss America "will work with the [Miss America Organization] team to develop goals and execute on tactics to advance her chosen Social Impact Initiative...she also serves as the National Ambassador for Children’s Miracle Network; raising funds and awareness for families who otherwise would not be able to afford quality medical care in urgent circumstances," according to the Miss America website.

Though the winner of Miss America 2019 will most likely be receiving a prize package similar to her predecessors, she will be competing in a pageant that will look a lot different than in years previous. Rebranded as 'Miss America 2.0', the competition is attempting to be more inclusive and less oriented around physical appearance, represented in the radical decision to scrap the longstanding bathing suit and evening gown portions of the pageant, according to The New York Times. Instead, "the choice of wardrobe is now open so everyone can express their own very individual style," according to the Miss America website.

Whether these changes will be enough to convince critics who deride the pageant as a sexist and misogynist display of harmful beauty standards remains to be seen. But the woman who takes home the top prize on Sunday will surely be competing in a type of pageant, albeit one that likely holds the same prizes and responsibilities.

Miss America 2019 might still be wearing a sparkly crown, but she could very well be rocking some Converse with it.