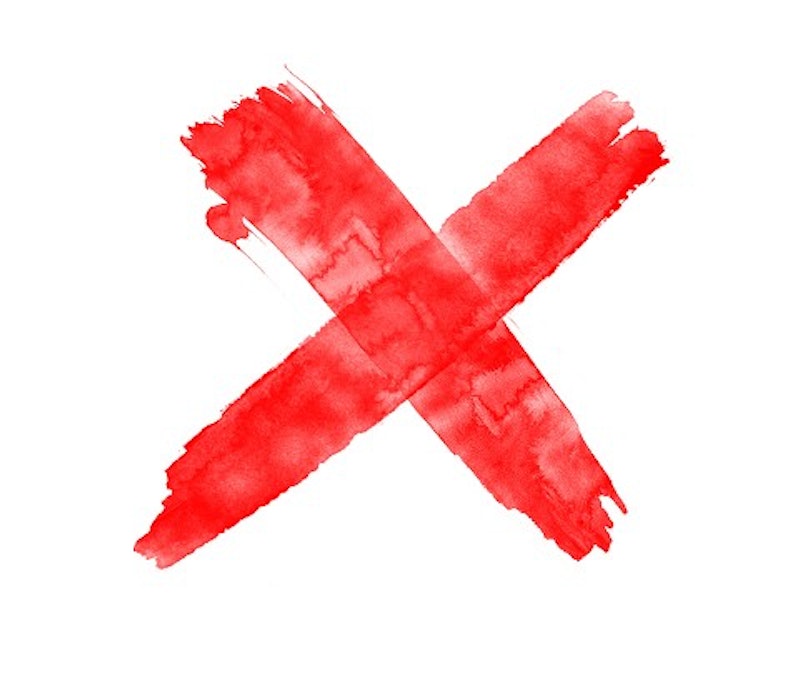 There are more people entrapped by slavery today than at any other point in human history. Even compared to the most infamous and grotesque eras of mass enslavement — ancient Rome or Antebellum America — the year 2017 is unique, and uniquely tragic, for an unparalleled scale of human slaves. You'd think this would be a bigger topic of discussion, perhaps the biggest issue on the world's radar. But as it stands, that's not the case. And to combat this widespread lack of awareness, your social media feeds might be filling up today with photos of hand-drawn red x's in conjunction with the End It Movement's "Shine A Light On Slavery" campaign.

Part of why the human catastrophe of 21st century enslavement remains largely unknown is the type of slavery most people are trapped in — sex trafficking. According to the International Labor Organization, there were 20.9 million slaves worldwide in the year 2012, though some estimates put that number closer to 45.8 million. The most prominent type of slavery was some form of sexual exploitation. (Slavery defined here as "one person completely controlling another person, using violence or the threat of violence to maintain that control.) As such, the trauma of modern day slavery is not out in the open for civilian eyes to see, but instead hidden away behind closed doors.

The United States is not free from this criminal tragedy. In 2015, more than 3,000 cases of sex trafficking were reported in America, though the full scope and scale of the problem is difficult to pin down. According to the F.B.I., victims of sex trafficking in the U.S. are most likely to be female, black, and younger than 25 years of age. At the 2016 Aspen Ideas Festival, human rights lawyer Malika Saada Saar spoke about her work helping young girls escape from sex trafficking that can occur within the U.S. foster care system, how many of those victims are black, and how little attention is paid to the injustice they have suffered.

One other major way that sex trafficking hides its victims is through online interactions that allow many perpetrators to abuse child and adult slaves without fear of being caught. Last week, Ashton Kutcher (sporting a red X pin) testified at a Senate hearing about ending human trafficking. He spoke about the work of Thorn, an online tech company he founded that specializes in shutting down the sexual exploitation of children.

Raising awareness about this issue is a crucial step towards changing the lives of those suffering in human trafficking. Since there are more people exploited in human trafficking today than at any point in human history, please consider joining the #EndItMovement by either posting a red X picture online or, if you can afford it, donating to their cause.