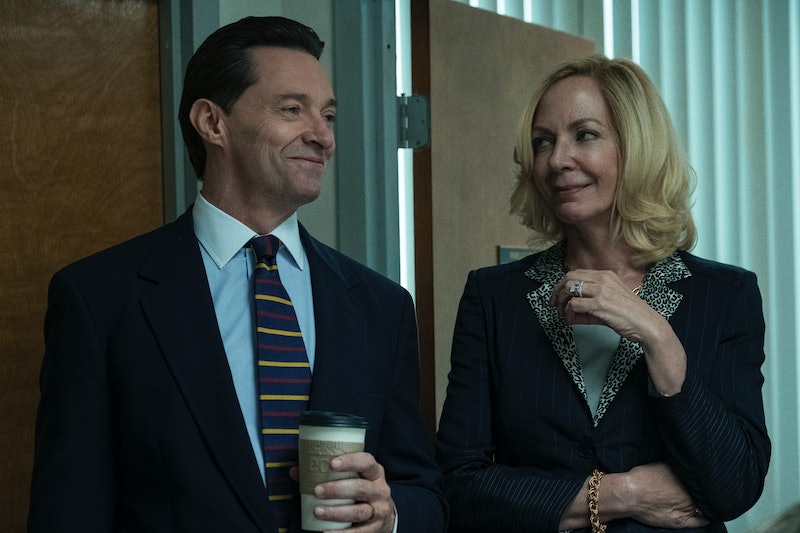 Movies may not be hitting theaters any time soon, but new films are still streaming into our homes. Like HBO's exciting new true crime film, Bad Education. The movie stars Hugh Jackman as a real-life former Roslyn, Long Island superintendent who stole millions from the school district. Bad Education was written by a former Roslyn student, and some alums have conflicted feelings about bringing further attention to the scandal. But what does the current Roslyn School District actually think of the film Bad Education?

Bad Education tells the true story of the scandal that shook the Roslyn School District back in 2004, when a Roslyn High School senior named Rebekah Rombom wrote a story for the school newspaper that started an avalanche. According to Vanity Fair, the school's superintendent, Frank A. Tassone, and the school district's assistant superintendent for business, Pamela Gluckin, were found to have stolen over $11 million dollars to fund their own lavish vacations, home renovations, and luxurious lifestyles.

Roslyn High School alum Mike Makowsky was a middle schooler when Tassone's scandal hit. 16 years later, he wrote the film about the scandal, which he considers to be the most exciting thing to ever happen to his hometown.

Back in 2018 when the film shoot hit Long Island, Roslyn residents started noticing that a movie was filming in the area. There were also sightings of Jackman around town, and buzz began to grow, which ultimately led to the Roslyn School District releasing a statement disavowing any involvement.

According to Newsday, the statement read, "The school district is not associated with the movie or its production, is not participating in this movie in any way, and no filming will be permitted on school grounds."

"While the film is purportedly meant to entertain, it's important to remember that what occurred in our school district was far from entertaining. A former superintendent and several accomplices conspired to steal approximately $11.2 million meant for our children’s education. The scandal shook our community deeply," the statement continued.

Bustle reached out to the current administration of the Roslyn School District to see if anyone there had a comment on the film's release, but didn't receive a reply.