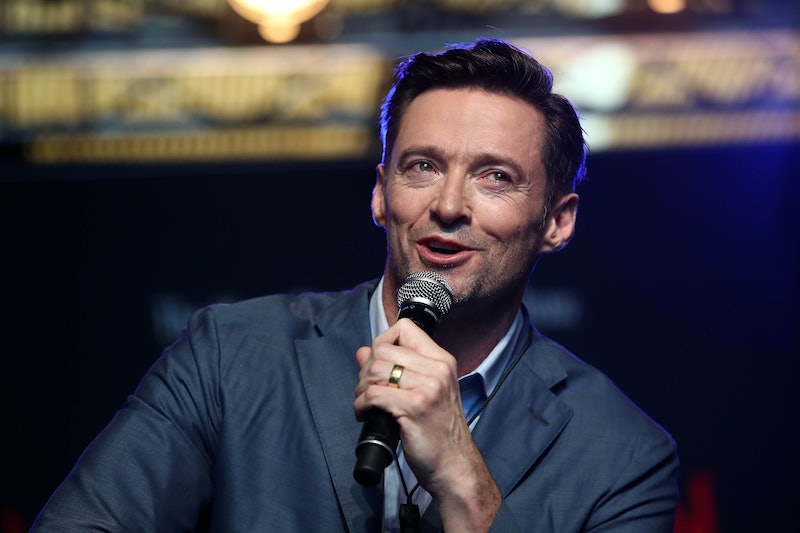 Wolverine could have been a jellicle, and yes, it's OK to feel like you've been robbed of something brilliant. In a wide-ranging new interview with The Daily Beast, Hugh Jackman revealed he turned down a role in Cats due to availability issues. While he didn't share which singing/dancing/milk lapping cat he could have played, just knowing that he almost joined Dame Judi Dench, Taylor Swift, and Idris Elba in the hypnotic fiasco is tantalizing.

It's not too surprising that the X-Men actor was offered a role in the ill-fated adaptation. He and director Tom Hooper previously worked together on Les Misérables. In fact, Jackman's role as Jean Valjean earned him his first Oscar nomination. "You know, Tom rang me early on because we did Les Mis together, and there were a couple of options there based on availability and time, and I really… yeah, I just wasn’t available at the time," Jackman said.

Despite Cats receiving a 20% rotten score from critics on Rotten Tomatoes, the actor still has nothing but good things to say about his Les Mis director. When he asked if he was relieved that he turned Hooper's offer down, Jackman replied, "I'm in the theater, man, and I don’t want to be in the business of bashing people — or jumping on bandwagons." He added that he hasn't even seen the film, saying, "I haven't seen it, and Tom Hooper's one of the great filmmakers we have."

For those who have seen Cats, the idea of Jackman having a role in the film is better than that cat nip Swift sprinkled from her perch in the movie. It's not like there was a shortage of major stars in the musical, so it's unlikely that Jackman's mere presence would have saved the film. But it definitely would have added another layer of weirdness by creating a furry X-Men reunion between the actor and co-star Sir Ian McKellen.

Critics weren't fond of the movie adaptation of Cats, but the musical still found an audience — even without Jackman. That audience delighted at the absurdity of the film, which probably wasn't Hooper's original plan, but they have ensured that Cats will live on as one of Hollywood's strangest films to date. The Razzie-award winner has already inspired raucous The Rocky Horror Picture Show style sing along showings, and demands for Universal to #ReleaseTheButtholeCut.

Whether you love it, hate it, or are simply baffled by it, you have to admit that Cats left a lasting impression. Still, it's likely for the best that Jackman didn't accept Hooper's offer to be in the movie, because his nemesis/BFF Ryan Reynolds never would have let him live it down.