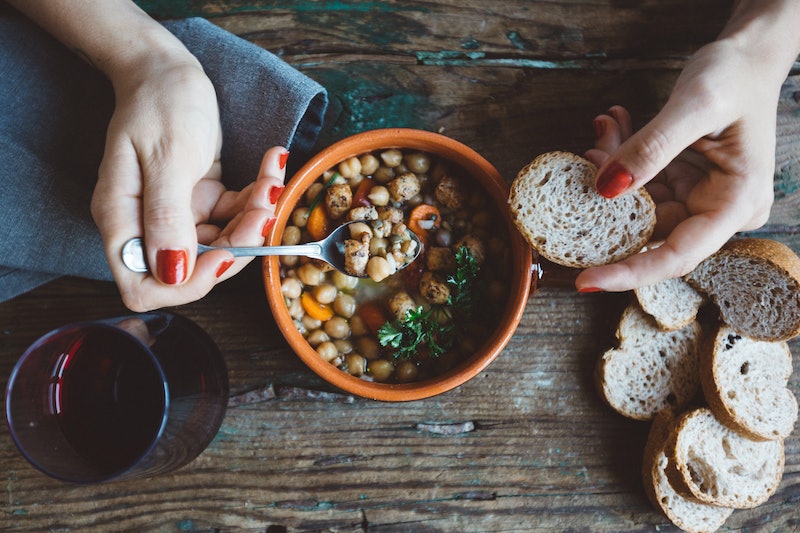 If you've been flirting with saying goodbye to dairy, eggs, and meat, you've probably got some questions. The myriad myths about veganism — "But what about protein!?" — can keep people from embracing it even when they want to. If you're looking to shake your eating habits up, it'll be helpful to know what going vegan will and won't do to your body.

A lot of people become vegan for health reasons, and that's understandable. "Going vegan has the potential to do wonders for your health," says a certified holistic nutrition consultant and founder of Gut of Integrity Stephanie Papadakis. These benefits can be as wide-ranging as added boosts of energy and clearer skin.

Many people become vegan for ethical reasons (myself included) rather than health reasons, but vegan diets are neither automatically healthy nor ethical. Mainstream veganism is often marketed as a trendy lifestyle change. This can draw attention away from the exploitation of migrant workers responsible for growing crops, or encourage gentrification when developers prioritize vegan cafés over businesses run by folks in the community. The most common ethical reasons for going vegan — animal welfare, or sustainability — can become murkier when people don't take this context into account.

More like this
Got Brain Fog? Here Are The Best Supplements For Memory & Cognition
By Carolyn Steber
This Psychological Effect Might Be Keeping You From Hitting Your Goals
By Lexi Inks
On TikTok, Tinned Fish Date Night Is The Latest Viral Food Obsession
By Emma Carey
How Yin Yoga Delivers TLC To Tight Muscles
By Carolyn Steber
Get Even More From Bustle — Sign Up For The Newsletter