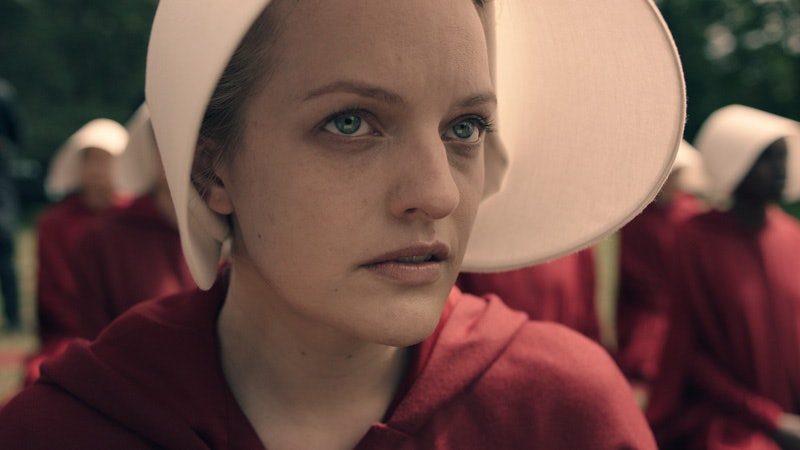 We're now entering the final countdown until The Handmaid's Tale launches on Hulu at the end of April. Margaret Atwood's novel has never felt more relevant than it does in Trump's America — and from what we've seen from the terrifying new Handmaid's Tale trailers, the Hulu adaptation is going to breathe a whole new lease of life into the classic dystopian story. And now, there's a brand new audiobook to go with it — complete with original content from Margaret Atwood herself.

Atwood's novel is pretty famous for leaving a host of unanswered questions behind — but the new Handmaid's Tale audiobook, narrated by the fantastic Clare Danes, is finally going to give us some clues. The audiobook is available exclusively from Audible, and contains new, original material written by Atwood that extends the novel beyond its infamous final line "Are there any questions?" You'll also be able to listen to an all-new interview with the fictional Professor Pieixoto, performed by a full cast. And that's not all! Margaret Atwood has also provided a new afterword for the story, and author Valerie Martin has contributed an introduction.

Bustle have teamed up with Audible to bring you an exclusive clip of the new and updated audiobook, which you can listen to right now — before downloading the rest of the gripping story from Audible here.

The new audiobook contains over 12 hours of material — so if you pace yourself, that might just tide you over until it's time to binge-watch the Hulu series, which stars Elisabeth Moss, Alexis Bledel, and Samira Wiley. Or you can just race through the whole thing, and then listen to it on repeat for the whole month of April. Suit yourself.