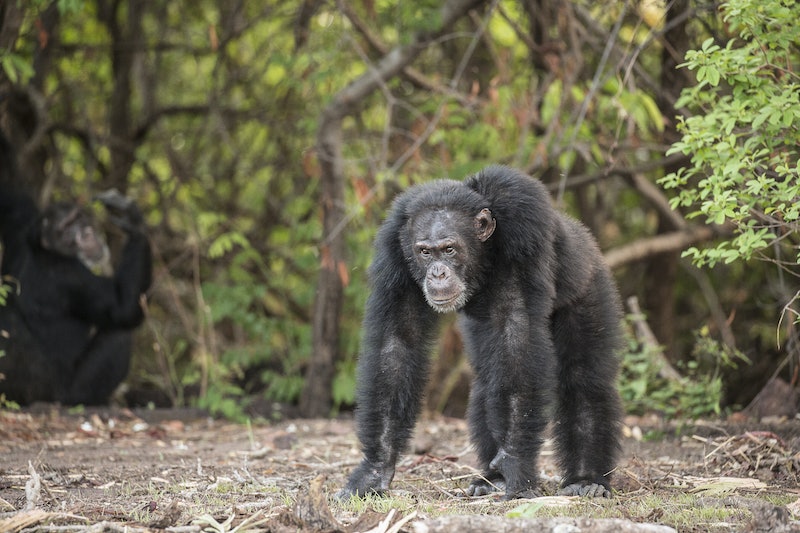 How great is Dynasties? Obviously, anything that Sir David Attenborough touches turns to gold so there was never any real doubt that it was going to be anything other than brilliant, but it really has been exceptional stuff. From the beautiful filming to the stories that Attenborough crafts to help us better understand animals, I am here for it all. However, every week I have been in tears. I know it is nature but it doesn’t make it hurt less. And I have been wondering for weeks, what happened to Chimpanzee David from Dynasties? The first episode really set the standard for what has been an insanely good series, but watching the alpha male chimpanzee be attacked for top spot was really tough to see. So, what happened to David after the cameras stopped rolling?

Well, it looks like I wasn’t the only one worried about David and his future as the BBC have revealed what happened after the camera crews left. According to the BBC, filming for Dynasties ended in July 2017 and after the camera crews packed up and went home David continued to reign over his group. Surviving through the rainy season, tensions within the group were still fraught — particularly between David and the younger male chimpanzees. The BBC reported that one evening in February 2018, David was attacked and proved too much for him, and the chimpanzee died. It turned out Jumkin and Luther finally would see the demise of David. I told you you would need those tissues.

Jumkin has now assumed alpha male position with Luther being his second in command. All I am saying is Jumkin better be sleeping with one eye open, the circle of life is too brutal for me to handle.

Speaking to the Daily Telegraph, Primatologist Jill Pruetz from the University of Texas State said “he died from wounds inflicted from what I’m sure are these young males. There aren’t other animals that would inflict wounds like that, especially when you have multiple individuals attacking a single individual.”

Pruetz is the director of the ground-breaking Fongoli Savanna Chimpanzee Project and worked closely with David. Whilst she remains objective in her work, she admitted to the BBC that she found David’s death hard, “I tell myself you can’t get too emotionally attached ­things happen to these chimps. But we do have favourites.”

It would be hard not to become emotionally attached to these animals. Along with producing a beautiful series, with shots that are so crisp you almost feel like you are in the jungle yourself, the BBC has also offered audiences more access on what it was like to work alongside the animals they were filming. The BBC revealed that whilst filming David and the other chimpanzees they were in the field for 309 days, filming from 4 a.m. to 7 p.m., and every morning without fail David would approach the crew and give the team a dominance display, just so they knew who was boss.

Speaking about her experience working on Dynasties producer, Rosie Thompson said, “The first calls of the troop in the morning make for an extraordinary chorus of sound and it’s something that I never tire of hearing.”

It is impossible not to get attached to the animals on Dynasties. Whilst I am so sad that David didn't make it, he had reigned for three years and I feel so incredibly lucky that we got a snapshot into what life is like for chimpanzees in Senegal. Even if it has left me an emotional wreck.