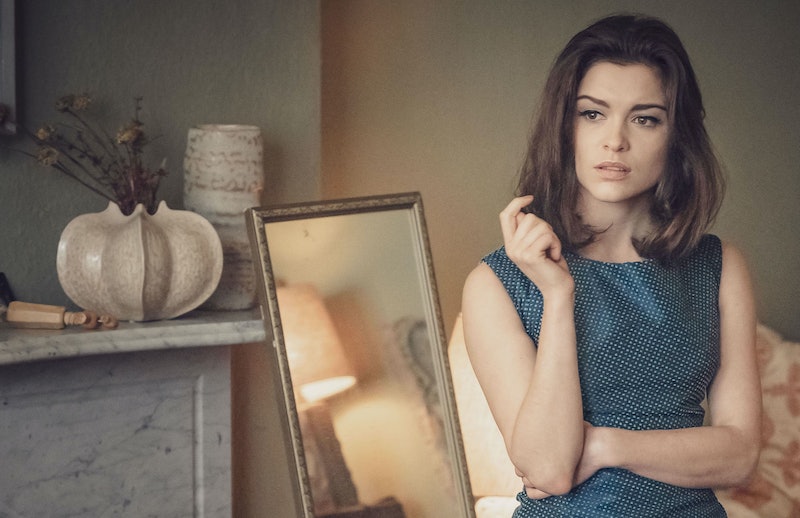 There are some scandals that have the power to define a whole generation of politics, and the Profumo Affair is one of them. The Trial of Christine Keeler is a new six-part BBC drama that tells the story of an incident that rocked 1960s politics. But, before you dig into the show, you may be wondering, what exactly happened to Christine Keeler after the Profumo affair?

As Encyclopedia Britannica explains, it all started in 1961 at an exclusive party at a country estate. During the party, Stephen Ward, a London-based socialite with friends in high places, introduced 19-year-old Keeler to one of the most important men in politics at the time, the then Secretary for War John Profumo. The two began an affair soon after.

Crucially, Ward had previously also introduced Keeler to Captain Yevgeny Ivanov, who the Times describe as "a Soviet intelligence officer posing as assistant naval attaché in the Soviet embassy in London." Keeler and Ivanov also engaged in an affair.

In the months that followed, Keeler was used as a pawn by both Ward and Ivanov to extract information from the Secretary of War. According to the historian Jonathan Haslam (via the Times), Keeler gave Ivanov access to love letters Profumo wrote to her. "The Russian spy also claimed to have used a hidden camera to take photographs of Keeler and Profumo making love in Ward’s home at 17 Wimpole Mews, with a view to blackmail," the Times writes.

Soon enough, rumours started to circulate about the Keeler-Profumo affair. In March 1963, when asked about what was happening, Profumo lied to Parliament, stating that there was “no impropriety whatsoever” between him and Keeler. Profumo later retracted his statement and admitted the truth. "His fall from grace was deemed a contributory factor in the fall of the Macmillan government, with Labour winning under Harold Wilson in 1964," the Guardian writes.

As for Keeler, she was found guilty of perjury and sentenced to nine months in prison. She spent six months behind bars in Holloway, London.

Since the affair, Keeler has said, “It’s been a misery for me, living with Christine Keeler” in an autobiography called The Truth At Last that was originally published in 2001. She re-released the book under the title Secrets & Lies in 2012 with the strap line "Now Profumo is Dead, I Can Finally Reveal the Truth About the Most Shocking Scandal in British Politics." In it she wrote, “My life has been cursed by sex I didn’t particularly want. [John] Profumo was all over me and there wasn’t much I could do about it. He was a much older man, not someone I wanted to be with, it just happened [John] had power too and that was part of it for me."

Keeler died in Dec. 2017 and, according to the Mirror, when speaking about her death, her son Seymour Platt said, “There was a lot of good around Chris’ rather tragic life, because there was a family around her that loved her. I think what happened to her back in the day was quite damaging.”

Writer Amanda Coe has taken on the task of unfolding what happened in the events leading up to, during, and after the Profumo Affair for the BBC, and Sophie Cookson (Kingsman, Gypsy) will play Keeler. Speaking about her role, Cookson said in a statement, “Amanda Coe has written an illuminating script about a vivid, complex woman who has previously, it seems, been reduced and misunderstood. Now feels like the perfect time to reconsider her life, and redress the balance.”

There’s no doubt that, like so many political scandals, the Profumo Affair has been shrouded in mystery and shame for so long now. It’ll be interesting to see how the BBC tell Christine Keeler’s story with a 2019 context. You can watch the first episode of The Trial of Christine Keeler on BBC One on Dec. 29 at 9 p.m. This is a Christmas series you don’t want to miss.