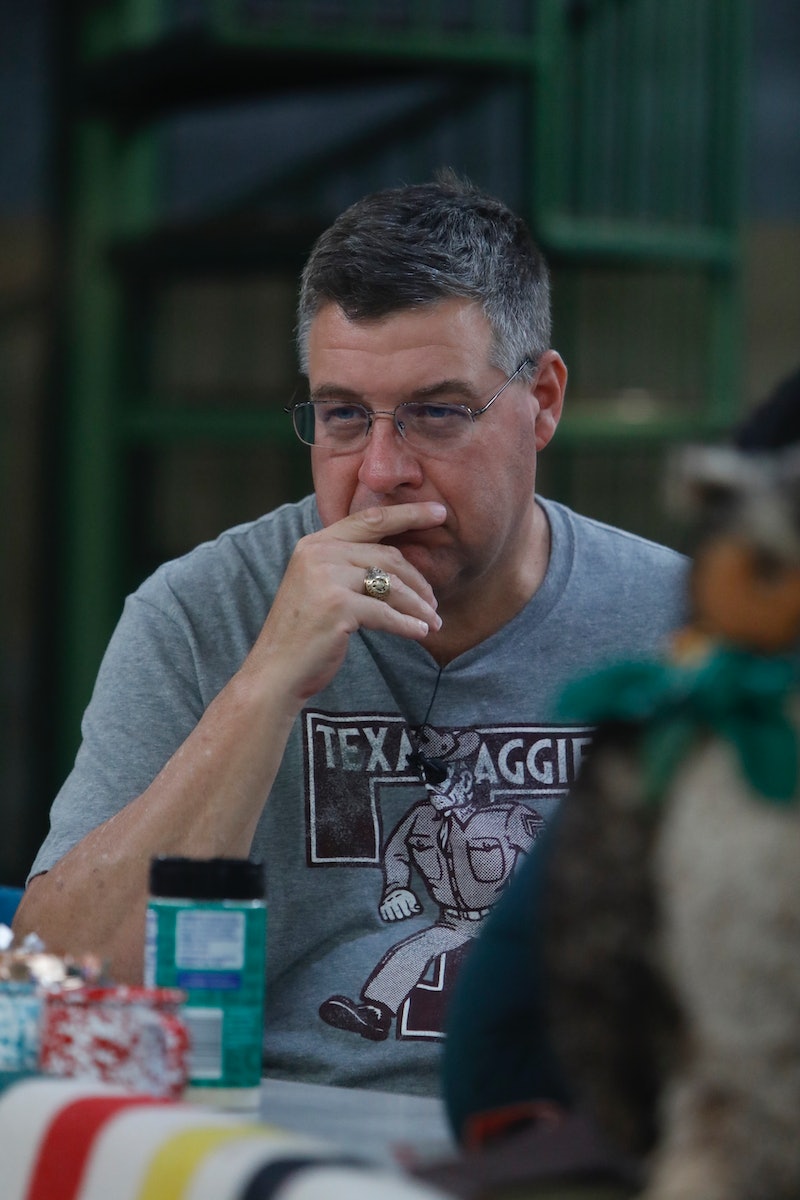 A large portion of Big Brother requires physicality. You definitely don't ever want to get injured on the show, because it could impact your ability win competitions. However, Cliff's leg injury on Big Brother 21 could help his game — by making him seem like less of a threat.

Cliff's injured leg made an appearance during Wednesday's Aug. 14 episode. It was part of the reason he didn't win the Veto. (Well, that and Kat clawed her way to the top in front of him). But Cliff told Kat not to worry about it, because he didn't think he would have lasted much longer in that physical challenge on his leg. "My leg is bothering me," he said. "Look, I can barely walk. I couldn't have continued."

It seems the injury was flaring up from when Cliff first got it back in July. He hurt it in the Veto competition during the week where he won HoH. It didn't seem that serious at the time, as he has been able to continue to compete in athletic comps, but he's been taking care to rest it as much as possible. He has also said on the feeds that he's been milking his injury to make him seem a little weaker than he is. "I have been playing up some stuff as much as I can, even my injuries," Cliff said to Nick on Aug. 12.

Milking his injury actually seems to be working for his game. Cliff is on the block right now, but Tommy, in particular, has been advocating for him to stay over Kat. And Tommy has referenced Cliff's injury in his campaign for Cliff to stay. "I think that [Kat] is a bigger threat than [Cliff] is," Tommy told Jess on the feeds. "She is a more well rounded player. He is injured and he is not looking good." Christie also pointed to Cliff's injury as a reason to keep him. "We may be [Cliff's] target but he is hurt," Christie said to Analyse.

The thing they have to be careful about is assuming that just because Cliff may not be as much of a physical threat, it doesn't mean he can't still win. During Big Brother 19, Christmas broke her foot and couldn't compete in many of the challenges. Still, she made it all the way to third place. An injured Cliff is just as much if not more of a threat to the other players' games, because they could mistakenly underestimate his position in the game — especially if he's lying about how badly he is injured.

Kat was so apologetic about re-hurting Cliff that she cried on Wednesday's episode. "I don't want to be the person who played a role in his leaving," she said. Little does she know that Cliff's injury may be the very reason he stays over her. It's cruel world in the BB house. You just never know what might make someone a threat or a lack of one. And Cliff is in a great position right now — injured or not.