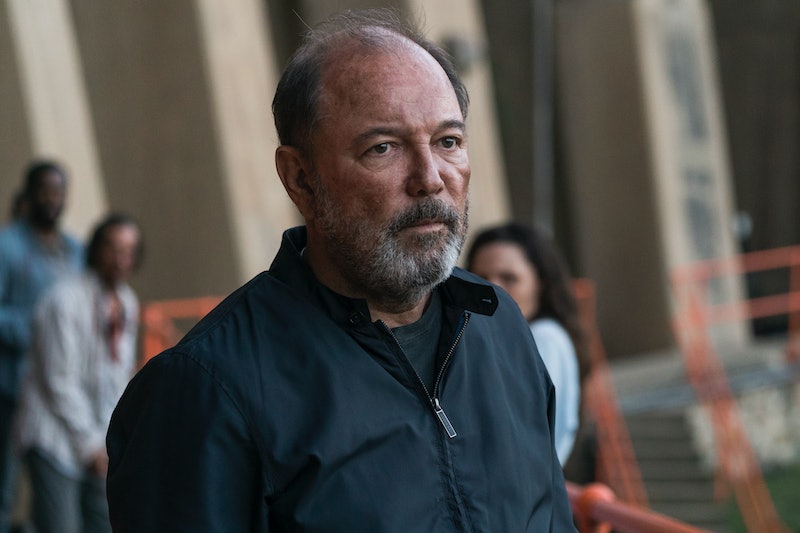 No, that wasn't a ghost that you saw last Sunday. Daniel Salazar is alive on Fear The Walking Dead. In a narrative move that the original AMC series has used time and time again, his journey since setting fire to a basement at the midpoint of Season 2. A lot has changed, in fact. Before the end of the episode, I was even worried that he had become the show's Big Bad, but there's hope for him yet.

Not only does Daniel escape from the basement, he survives the old "hide under the car" trick and is struck by literal lighting. Not only does Daniel feel guilty about surviving the fire, but he has no way of knowing whether or not Ofelia (or the others) made it out OK themselves. Before joining Dante's dam crew, he takes up with a fellow survivor named Efrain Morales and a woman named Lola.

Before fans get too excited, remember that Morales is a common surname. It's unlikely that Efrain is related to Morales or his family from The Walking Dead Season 1, though that would be something.

Anyway, at the end of the episode, Daniel's story catches up to Strand's, and he learns that his daughter is still out there. Strand lies just enough, saying that Ofelia was at the hotel instead of missing, and Daniel catches on. It's almost a fatal mistake.

Leaving Strand in the cell, he goes upstairs and helps torture and almost kill a new victim — his old pal Efrain. His villain transformation is almost complete. This would be relatively new territory for the franchise. Salazar isn't like Shane, the first friendly survivor turned antihero on the original Walking Dead series.

Alas, Daniel has changed but he hasn't changed much. He's not one for following authority figures of any kind. He never trusted Strand, and frequently butted heads with Madison. That isn't necessarily a bad skill to have in a zombie apocalypse, and ultimately paid off. He's prone to going rogue, and did, swiftly killing Dante and his men.

I like that Fear The Walking Dead does stand-alone episodes as well. This one was almost completely in Spanish, too. Hopefully Daniel will be reunited with Ofelia soon. I would hate to see him turn into the Negan of Fear The Walking Dead. All that said, he's a compelling character, and it's good to have him back on the show.