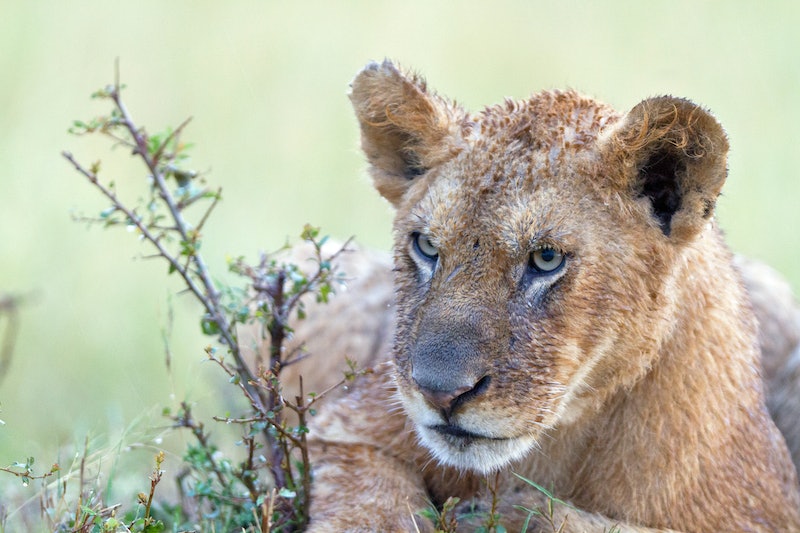 BBC nature series Dynasties has been wowing audiences due to the stunning coverage of vulnerable and endangered species around the world. In a recent episode of the David Attenborough fronted show, viewers were left heartbroken after the emotional story of a pride of lions. But what happened to lion, Charm, on David Attenborough's Dynasties?

As reported by the Express, the camera crew behind the wildlife series have revealed that Charm was forced away from her domain by a rival pride. Over a total of 400 days, the BBC crew followed Charm as she fiercely protected her 10-strong pride by fighting off herds of buffalo, and hunting food to ensure her cubs never went hungry. Sadly, however, another male-dominated pride moved into Charm's region, which eventually forced the remainder of her pride to move elsewhere. In a short update clip, the BBC revealed "A few months after the Dynasties filming ended on the Masai Mara, another pride, led by six males, moved into Charm’s territory."

The BBC then explained "To avoid conflict, Charm led her pride north to an adjoining reserve. The last time the group were seen, Charm was raising two young cubs and Yaya had a litter of three."

As reported by the Mirror, during one moment of the heartbreaking episode viewers were left devastated when it was revealed that one of Charm's cubs had sadly died. Her young cub was killed along with his aunt after both lions ate a poisoned carcass, which had been purposely left by nearby farmers who aimed to protect their illegally grazing herds. Despite being experienced in witnessing emotional moments in the animal kingdom, camerawoman Sophie Darlington, who spent two years filming the pride, revealed why she found this story particularly upsetting. She said: "It’s a true story, that’s why it touches your heart. So you can’t edit out the painful bits." Darlington then went onto discuss the complexity of the species by explaining that "Lions are an animal that everybody really thinks they know. But I know, because I keep filming them, that we don’t know them at all."

Alan, the son of Marsh Pride matriarch Charm, was the focus of the episode, and crew member Darlington also spoke of her love for this particular member of the pride. She revealed: "He was my favourite but he was a young greedy male — and it was his greed that got him. He was always first to the kill, he’d bounce over and get stuck in. He was like my teenage son — we all know what they’re like, they inhale food," and continued "He absolutely stole my heart. He was Charm’s boy, the two of them I could have watched them all day. They were so tender and sweet together."

On Twitter, people felt deeply emotional about the scene.

According to the Evening Standard, the BBC crew who captured the tragic death of Alan broke the rule of no intervention, after notifying a nearby veterinary unit. However, efforts to save the young lion's life were not successful, and one emotional cameraman said "It’s just entirely wrong, isn’t it? Lions are so endangered."

Dynasties continues on Sunday at 8 p.m. on BBC One.