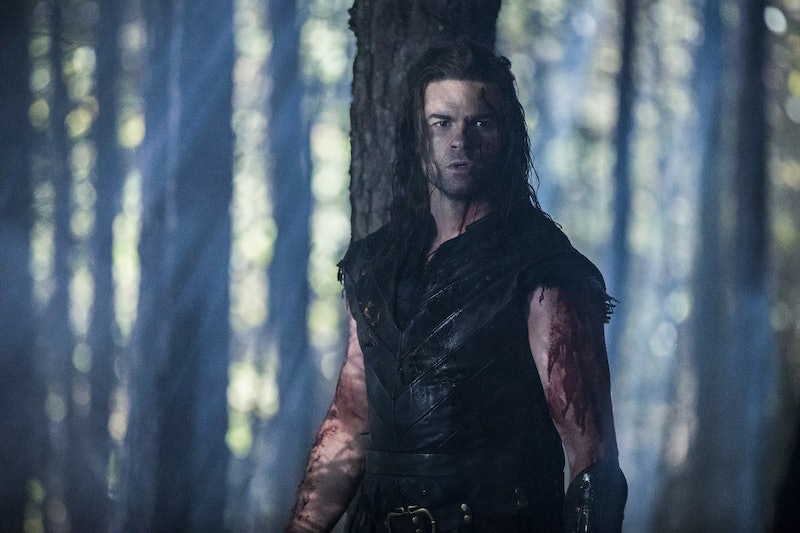 Elijah's troubled past has come back to haunt him — literally — and it just might cost him his relationship with Hayley. After Elijah was killed by the Hollow, saved in Freya's pendant, and then mentally fractured by it at the same time, what happened to Elijah on The Originals should be a relief. In "Phantomesque," Hayley saved Elijah, which is definitely cause for celebration. However, in order to save him Hayley had to be exposed to the darkest side of Elijah, and that could lead to the end of Haylijah on The Originals.

Hayley traveled into Elijah's shattered mind with a mission: find the memory where Elijah's true consciousness is hiding and draw him out. Once Elijah's mind has been returned, Freya can fix the pendant and get to work on resurrecting her brother. Hayley thought that Elijah would seek refuge in a happy memory, first trying to find him in the memory of their reunion earlier this season. But, alas, she found him in a much more angry place: behind the red door, in the middle of a massacre. The memory was clearly old — viking Elijah was in full effect — and seemed to be one of pointless violence. Hayley saw Elijah kill innocents, and then when she tried to draw him out, he tried to kill her. By the time he had come back to himself, the damage was done: Hayley was scared of him.

Once outside of the pendent, Hayley was clearly shaken. Seeing the man she loves take refuge in such a violent, dark memory and then having to fight the old him is definitely going to affect Haylijah going forward. But, before fans start crying about the end of Haylijah, let me say this: the Mikaelsons have been through worse. This might be the first major test of their relationship, but Hayley and Elijah are strong. Plus, Elijah was really brought out of his madness by Hope, which means he loves her just as much as Hayley does, and that's got to count for something. Right?