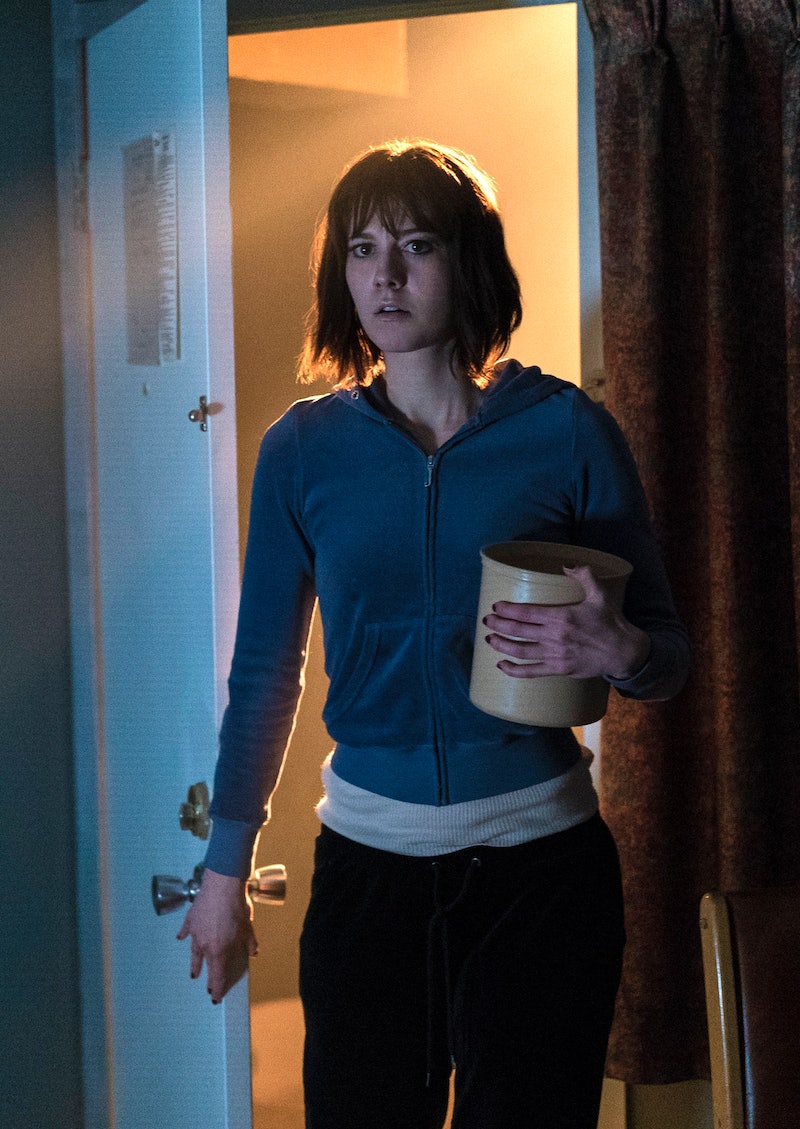 While Fargo has made a name for itself — independent of the movie that inspired it — as a series that tells varied tales from season to season, there's no denying that hearing from a character thought to never be seen again on the show brings joy to fans. Fargo has avoided genuine crossovers between seasons for the most part, opting only to put returning characters in either dream sequences or childhood. But Season 3 finally puts two Fargo characters from different seasons in the same location. Nikki meets Mr. Wrench on Fargo, and it's the show's first proper crossover.

Nikki, who at this point is just about having the worst month of her entire life, has been framed for the murder of her fiancé and is being hunted down by violent, merciless goons who fear she's getting too close to discovering and disrupting a massive money-laundering scheme. While Nikki is sitting handcuffed on a prison bus, it seems that she is at her most powerless. Lucky for her, she happens to be sitting next to an extremely capable criminal (played by Russel Harvard), a deaf man who wears a buckskin jacket. After having been last seen handcuffed to a hospital bed in 2006, Mr. Wrench makes his glorious return to Fargo.

Accompanied by his easily recognizable percussive theme music, Wes Wrench's reappearance is exactly what Nikki needs, even if she doesn't know it yet. The Fargo Syndicate hitman is extremely committed to whatever he sets out to do, but unfortunately goes from being in a life-long crime duo to being a lone agent after a run-in with Lorne Malvo (Billy Bob Thornton). Mr. Wrench's Season 3 appearance marks the first time that Mr. Wrench is seen without his counterpart Mr. Numbers. By the way, they're seen together as children in Season 2, meaning these two have known each other for just about their entire lives.

Mr. Numbers' death seems to have had a major effect on Mr. Wrench, judging from his roughed-up appearance on the prison bus. However, just as viewers are re-introduced to him, things get a lot worse for the deaf hitman. A bus crash caused by the very goons hunting Nikki ends with the vehicle overturning, and the episode concludes with these goons coming closer to the unconscious woman. The shot cuts to black before anyone gets to her. So fans will have to wait until next week to see if Mr. Wrench will be exactly the help Nikki needs, or if their inability to communicate (assuming Nikki doesn't know American Sign Language) will render him more harmful than helpful.

All of this presupposes that Mr. Wrench actually survived the bus crash. With a show as unpredictable as Fargo, there's no telling if the show is actually reintroducing a former character into this story, or if it's using the cameo to show the end of Mr. Wrench to set up another flashback in a future season. The cameo could be setting up a storyline for Season 4 that shows how Wrench ended up on that prison bus, much like Season 1 set up the plot of Season 2, or it could be a cruel, meaningless coincidence in a show full of cruel, meaningless coincidences.

Whatever happens next on Fargo, it was nice to have the ruthless Mr. Wrench back even for a brief moment.