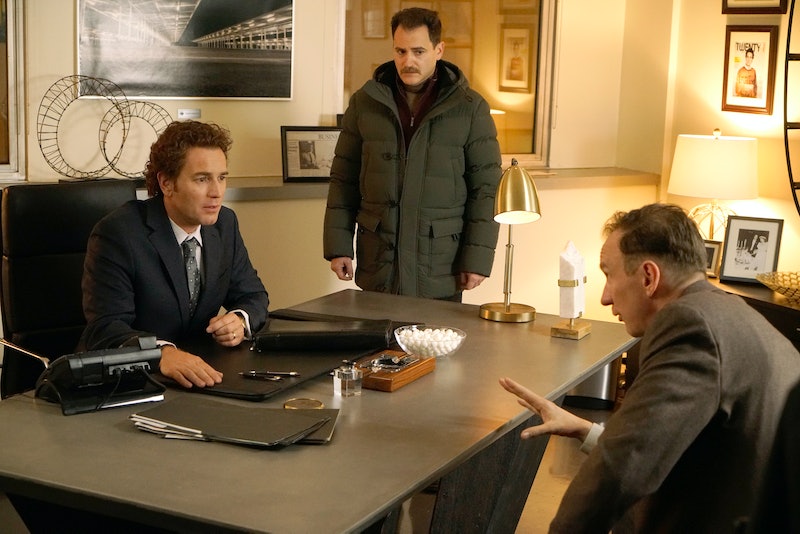 Fargo has spent 3 seasons constructing a vibrant picture of Minnesota through its many cops and plentiful criminals, but not since Season 1 has the film made explicit reference to the film that originated the series in the first place. It seems that may have been a bit too long for the writers of the show because in the April 26 episode of Fargo Season 3, Stan Grossman gets a mention. The character, played by Larry Brandenburg in the movie, is apparently alive and well in 2010 in another part of Minnesota. Will a movie character appear on the Fargo series, finally? The name drop could mean that Stan Grossman might show up, or that there are plans for a more major Fargo film cameo.

In the original Fargo film, Stan Grossman's name gets thrown around a lot but he's really only a crucial part of one scene: Jerry Lundegaard's negotiation with his father-in-law Wade Gustafson about a real estate deal. Stan is a partner of Wade's who is looking to cash in on the deal, and it looks like Stan is still in the real estate game 23 years later, since Emmit Stussy, The Parking Lot King Of Minnesota, entertains the idea of reaching out to Stan Grossman to possibly build condos on his parking lot space.

A Stan Grossman cameo would be a nice nod to the film — but a show like Fargo isn't likely to just drop a name like that without having a larger plan in motion. If Stan Grossman is still alive and in Minnesota 23 years after the events of the original film, the show could be hinting that other characters are still around, and may even pop up in Fargo Season 3.

A lot of characters didn't manage to make it out of the original Fargo film alive, including Carl Showalter, Jean Lundegaard, and Wade himself, but those that did could still turn up on either side of the law. 23 years is about enough time to believably see William H. Macy's Jerry Lundegaard or Peter Stormare's Gaear Grimsrud released from prison and back in society. It's also possible that minor film characters like Stan Grossman or the personification of pity that is Mike Yanagita may still be bouncing around The Land of 10,000 Lakes. Of course, the gold star of Fargo cameos would be Frances McDormand returning to her career-defining role as Marge Gunderson over two decades after winning an Oscar for the role.

There's always the possibility that Emmit's Stan Grossman mention is just a nod to the original film. Perhaps in the writer's room someone mentioned that one of the main characters in Season 3 was in real estate and Stan Grossman was in real estate, and the writers thought it would be a fun bit of fan service if these two characters knew each other. But this is also a show that spent an entire idea teasing the idea of aliens being in an otherwise realistic fictional world and then actually delivered on that promise.

A Stan Grossman mention doesn't mean a Marge Gunderson cameo is confirmed, but with a show that loves foreshadowing as much as Fargo does, every little detail is a clue.