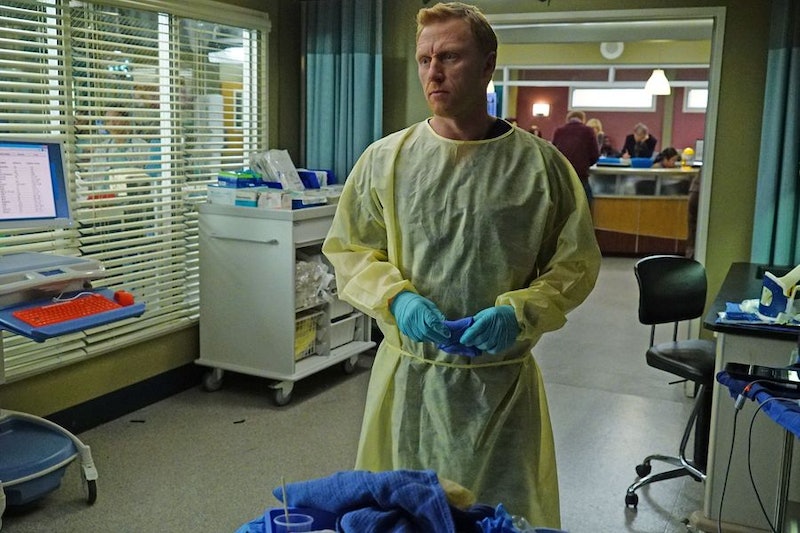 Richard Cartwright/ABC
By Lindsay Denninger
May 12, 2017

Nothing is ever really truly dead on Grey’s Anatomy (including some of the characters). Just when things were starting to get settled with Owen and Amelia (sort of? Maybe?), the universe throws a big curveball in their lives — two army officers showed up with news about Owen’s sister, and this news will change everything. What happened to Owen Hunt’s sister on Grey’s Anatomy?

We’ve known since Owen appeared on Grey’s Anatomy that he lost his sister, Megan, somehow, and when Nathan Riggs showed up, we learned that Nathan was Megan’s husband and that Owen holds Riggs accountable for her death. She apparently died in a helicopter crash when they were all in some war-torn region doing Doctors Without Borders-type stuff, and Riggs should have been in Megan’s place, and yadda yadda. None of that matters now, because the news that those officers reported is that Megan was found in the basement of a home in a rebel-held neighborhood, and she was airlifted to a United States Army base in Germany for care. The fact that Megan is alive really throws Owen (obviously), and Amelia, once she finds out, has to take control and make phone calls (including one to good old Teddy!) and speak German and get Owen’s you-know-what together. The problem here is that Owen hasn’t told anyone but her — not his mother and not Riggs.

I’m starting to think that Meredith and Riggs just aren’t meant to be, because every time things get good — Meredith was going to let Riggs meet her kids that we never see — something happens. The something in this case is Megan. He and Megan were in love once, and there is no situation in which this doesn’t change everything for Meredith and Riggs. There’s no way he can be over Megan. Everyone thought she was dead! And now she’s alive! Amelia has the good idea of calling a PTSD specialist for Owen, and that’s the right call. She may need to also talk to Riggs, because everyone is going to need some talking when Megan comes back. There’s going to be hurt, blame, disbelief, and guilt, and Meredith and Riggs’ brand-new relationship may not be able to handle it.