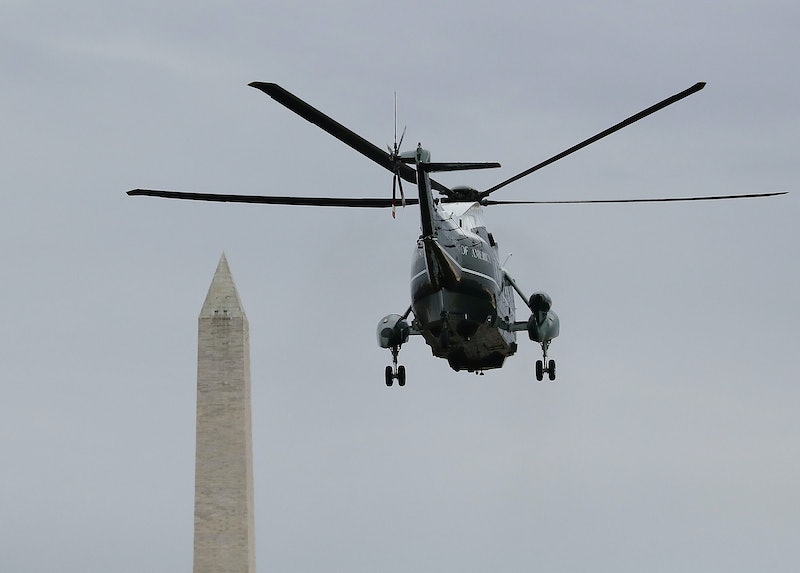 During a recent ceremony at Dover Air Force Base, a man named Bill Owens refused to meet with President Trump, because of what happened to William "Ryan" Owens, his son. Ryan was a Navy SEAL who died during a U.S. raid on a suspected al-Qaeda compound in January. According to the Bureau of Investigative Journalism, 25 civilians were also killed in that operation, including nine under the age of 13. Now, Ryan's dad wants answers: He's calling for an investigation into the raid, and why it led to the death of his son.

Owens told the Miami Herald that after he arrived at the Air Force base to receive the casket holding Ryan's body, a chaplain informed him that Trump was on the way as well. But Owens, a former police detective and veteran, told the Chaplain that he didn't want to meet with the president.

"I told them I didn't want to make a scene about it, but my conscience wouldn't let me talk to him,'' Owens told the Miami Herald. "Why, at this time, did there have to be this stupid mission when it wasn't even barely a week into his administration? Why? For two years prior, there were no boots on the ground in Yemen — everything was missiles and drones — because there was not a target worth one American life. Now, all of a sudden we had to make this grand display?''

Owens also questioned the timing of the raid, which was carried out the day after Trump signed an executive order banning Yemen citizens from entering the United States.

White House Spokeswoman Sarah Huckabee Sanders addressed Owens' grief on ABC's This Week, saying that Ryan "is a true American hero, and we should forever be in his son's debt." She added that she "can't imagine what this father is going through," and when asked if the White House would launch an investigation into what went wrong during the operation, she said that she "would imagine" the president would be in favor of one.

“I haven’t had the chance to speak with [Trump] directly about that," Sanders said, "but I would imagine that he would be supportive of that.”

According to the military, the Yemen raid killed 14 militants. Days after it was completed, White House Press Secretary Sean Spicer called it a "successful operation by all standards."