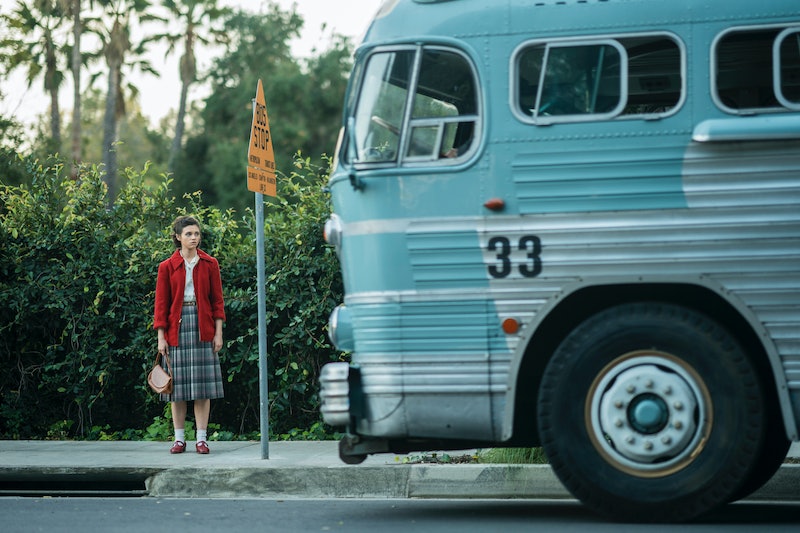 TNT's new series I Am The Night explores a new, personal side of the infamous Black Dahlia murder. A fictionalized spin on Fauna Hodel's 2008 memoir, the show will examine what happened to her mother, Tamar Hodel, as discovered through Fauna's eyes. After discovering she was adopted, Fauna travels to California to piece together her mysterious family history. It's there that she begins to learn about her grandfather, George Hodel, who was investigated for the 1947 killing of Elizabeth Short (aka the "Black Dahlia"), according to The Guardian.

George was never charged in connection to the still-unsolved murder, but his son, Steve Hodel, has claimed publicly that he believes his father is the culprit. Steve also alleged in his 2006 book, Black Dahlia Avenger, that he thinks his father killed more than one woman.

According to the Los Angeles Times, Tamar also accused George of sexually abusing her when she was 14, though he denied her claim and was acquitted after a trial. According to Fauna's book, One Day She'll Darken, Tamar had her when she was just 16, then gave her up for adoption — eventually leading her to uncover her grandfather's alleged ties to the Black Dahlia.

Though I Am The Night is shown through Fauna's perspective — albeit with a few creative liberties — what happened to Tamar is a critical part of her journey. According to the official One Day She'll Darken site, Tamar had four more children after Fauna, and remained close with George throughout his life despite her accusations against him.

Per a 2007 Vanity Fair article in which Tamar was interviewed, she got married in 1951 when she was 16 (the outlet doesn't mention his name). Later, she married folksinger Stan Wilson but left him after he reportedly made an advance on her friend, Michelle Phillips, a singer in the Mamas and the Papas who lived with them for a time. After that, Tamar became involved with comedian Dick Gregory, but aside from that, there's not much information about her later years.

According to an obituary Steve published on his website, Tamar died in 2015. The post says she was 80 years old at the time of her death, but doesn't reveal many more details about her life. "Much could be said about Tamar," Steve wrote. "She had hoped to tell her own story, in her own words, but that was not to be."

Fauna died not long after, in 2017, while in hospice care after a battle with cancer, but she was able to reconnect with Tamar before her death. Steve wrote in his obituary for Fauna that she reunited with Tamar in Hawaii, where Tamar was living, way back in the 1970s.

The exact details of Tamar's life are few and far between, but I Am The Night does have actors listed to play young versions of her throughout a couple episodes, so perhaps the show will shed some more light on who she was — even if it's a fictional retelling.