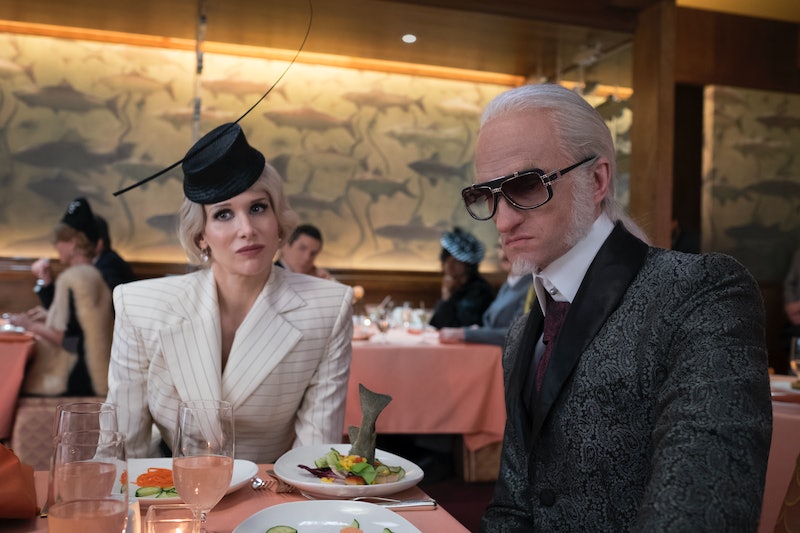 Netflix's adaptation of the young adult book series A Series of Unfortunate Events is a testament to the original books' dense mythology. The storyline is constantly raising questions for the intrepid siblings to puzzle over and occasionally solve. The show's second season gets deeper into what happened to the V.F.D., the Series Of Unfortunate Events secret society that claimed the Baudelaires' parents as members.

It will take the Baudelaire orphans at least the next season and a half to figure out the answers to that mystery — luckily, the books have been out for years, and provide a handy shortcut. The answer involves some pretty serious spoilers from the books, so be warned.

In the books, the V.F.D. — or Volunteer Fire Department — is a shadow of its former self, missing many of its original members. Many of the good, kind, adults in the Baudelaires' orbit wind up assassinated or missing throughout the course of the series. And it comes to light that most of them were once a part of the V.F.D.

Unlike your typical fire department, the V.F.D. was formed in order to not just fight fires, but to also fight misinformation. Member Kit Snicket tells the Baudelaire orphans in The Penultimate Peril, "V.F.D. was once a united group of volunteers, trying to extinguish fires — both literally and figuratively. But now there are two groups of bitter enemies." Those enemies began picking off one another after "the schism," a disagreement between factions. The series never makes it clear exactly who or what initially caused the schism, partially because the organization is so secretive it's possible that no one actually knows, but eventually, it led some V.F.D. members to begin setting fires rather than putting them out, in hopes of making money.

The Baudelaire orphans' parents are killed in The Bad Beginning, and throughout the first season of the Netflix show, it's reinforced that they were a part of this secret organization. There's a bit of a conspiracy among the childrens' villainous caretakers, meant to stop them from finding out what exactly happened to their parents, as well as friends of the family Uncle Monty (who received coded messages in a scene original to the TV show) and Aunt Josephine (another character with a mysterious past). This is revealed more slowly in the book series, with the guardians' deaths and disappearances not fully explained until the Baudelaires get a bit older and begin researching on their own and meeting other members of the V.F.D. Characters like the Quagmires, the other orphans who attend Prufrock Prep, are on a similar path, realizing that their own missing parents may have been targeted by their V.F.D. rivals.

As the book series continues, it's revealed the villainous Count Olaf was once a member of the V.F.D., but wound up on the bad side of the schism that wound up setting the fire that killed the Baudelaire parents. This also helps explain his love of disguises — because the globe-hopping V.F.D. agents often don complicated aliases and costumes to better blend in while carrying out secret missions. Ultimately, the orphans realize that both sides of the conflict have resulted in disappointment and destruction. Just as they lost their parents, it's suggested that Kit and Olaf once had a romantic relationship that was destroyed by the schism, and people like Captain Widdershins and Ishmael, who both struggled so much to recover from the consequences of the schism that they wound up giving up on the V.F.D.'s core principles and living solitary lives.

Ultimately, A Series of Unfortunate Events ends with most of the original V.F.D. members either dead, missing, or totally estranged from the organization. But there is hope in the final scenes of The End, as the Baudelaires take Kit's young daughter and begin to teach her about what happened to the V.F.D., breaking the cycle of secrecy and beginning a new path forward for all people who want to put out fires, literally and figuratively. So while it may be initially grim, the tale of the V.F.D. ends on a hopeful note that the next generation won't make the same mistakes as their parents.