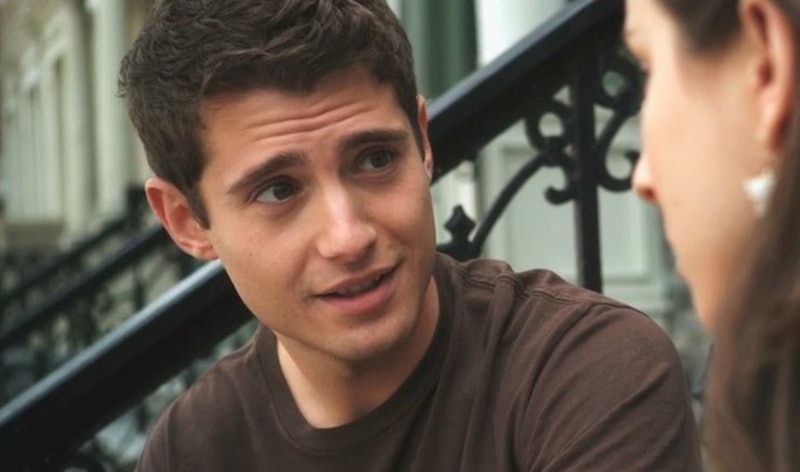 At long last, an old friend is finally about to return to Rosewood. OK, maybe "friend" is a stretch — but I still can't wait for Wren's return to Pretty Little Liars. Like many other PLL devotees, I was totally convinced that Wren was A and Melissa was his partner in crime. My theory got shot down when Charlotte was unmasked, but now there's a new (Uber) A in town and I'm sticking to my theory that this sketchy doctor is somehow involved in the town's most recent sinister events. It's been a while since he's actually been onscreen, so let's take a walk down memory lane and recap what happened to Wren on Pretty Little Liars.

When I say it's been a while, I'm not exaggerating — Wren hasn't actually appeared in an episode since Season 4. At the time, he was working at Radley and had a mysterious exchange with Mona in which she accused him of keeping secrets from her. He later warned Veronica that Mona was still a danger to the Liars, made a sketchy phone call to a still-unknown individual, and then moved in with Melissa. Wren later moved to London and, although he wasn't seen onscreen during Spencer's trip to England, viewers learned that he was flatmates with Melissa.

Remember that vial of blood that spilled out of Spencer's handbag during her interview at Oxford? (And you thought your college interviews were stressful.) I'm not saying Wren definitely planted it, but he ranks high on my suspect list.

Although Wren remained conspicuously absent throughout Season 6 and Season 7A, Hanna's flashback sequence to London provided an important clue. As a refresher, she ran into Melissa at an event and the two had a tense conversation. According to Melissa, Charlotte told Wren that she had killed Bethany Young. So, of course, this raises the question of whether or not Wren was working with Charlotte all along — after all, she may have tricked the Liars (and those of us watching at home) during her "big reveal."

Charlotte failed to mention that she knew Mary Drake was her birth mother — and it's plausible that the pair had been working together the entire time. Charlotte, of course, was in the hospital during the time jump — but Mary's whereabouts remain unclear. However, a clue in the Season 7A premiere suggested that she has strong ties to London. When Spencer discovered Mary's passport, she learned that Mary had flown from Heathrow to Philadelphia at the exact same time that Melissa made the very same journey.

Although Melissa indicated to Hanna that she and Wren had ended their relationship, it's entirely possible that she was lying. Could Melissa, Mary, and Wren be working together? What's the connection between Wren and Dr. Rollins? (I mean, there has to be a connection, right?) When Wren returns to Rosewood, hopefully we'll get some answers.