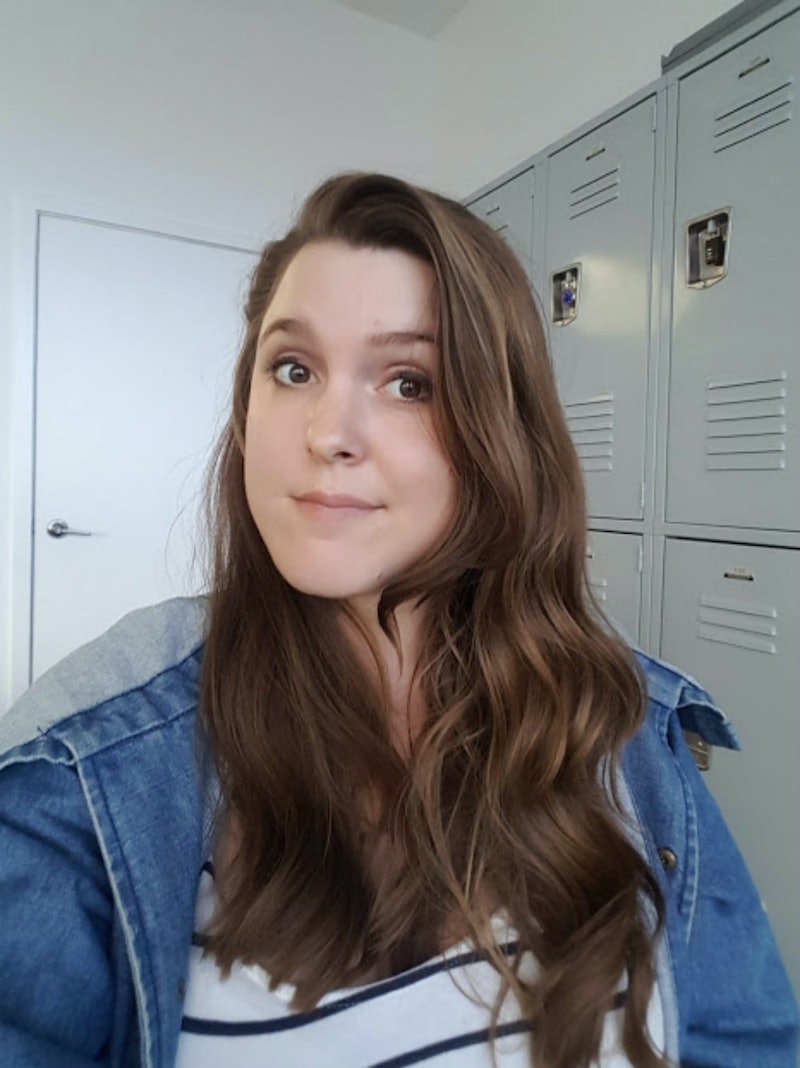 Last year, after 20 years of very regular, 28-day periods, my cycle decided to go haywire. I skipped my period one month. Then it came late. Then it came early. And no matter when it started, I was suffering through two full weeks of intense physical and emotional PMS. My (already large) boobs would swell up another bra size; I felt like I wanted to crawl out of my skin; and I vacillated between random sobbing and intense anger about the most mundane things.

Basically, it was hell. For a while I tried self-medicating with wine and chocolate (and avoiding people as much as possible) but as this newfound PMS persisted from month to month, I realized I was going to have to be more proactive about it. I wondered: Was I suffering because of hormone changes after turning 30? Or because I finally settled in one place, after more than five years of travel?

The answer was probably “yes,” to both. But regardless of the cause, I needed to find a solution. I didn’t want to go on hormonal birth control, even though I knew they would even out the hormone fluctuations that were causing me so much strife. I went off the Pill when I was 24 and I really like the results — particularly the sexual ones. I like that I don’t need lube anymore and that I’m more interested in sex mid-cycle. And I like my chosen birth control option — a diaphragm that has never failed me. But other than dietary changes, I didn’t really know of other options for hormonal imbalance.

Then, while in the midst of a PMS week on a visit with my parents in Vermont, my mom suggested acupuncture. My aunt is an acupuncturist and she confirmed: Acupuncture is particularly good for hormonal imbalances. Intrigued (and quite frankly desperate), I did some research to see if the science backed up my mama’s claims.

While there are many studies looking at the effects of acupuncture on PMS, the conclusion so far seems to be that we don’t have enough solid scientific evidence to give a resounding “Yes!” One 2011 literature review from researchers at Kyung Hee University in Korea found that acupuncture was approximately 50 percent better at helping with PMS symptoms than all other treatment options, combined.

Sounds pretty good, right? However, the same review found that the studies themselves weren’t that well designed — and that some of the results might have come from a placebo effect, which is when a patient’s belief in a treatment leads to a positive effect. So, basically, it may or may not be effective for treating PMS, according to the Western scientific method.

But like I said: I was desperate for a solution. And a “maybe it works, according to science,” plus hundreds of thousands of years of it being used as treatment in China was enough for me to go for it. Worst case scenario, I spend some money on a treatment that has minimal effects. It certainly wasn’t going to kill me.

So my aunt used her network to find an acupuncturist who was properly certified and skilled in helping with hormone imbalances. (Note: Different states have different requirements for certification for acupuncturists — and some have none at all — so referrals are a good idea if you can get them.) At the first meeting, we spent two hours talking about everything that was going on in my life that may be affecting my qi, which is the circulating life force or energy that informs a lot of Chinese medicine. I told my acupuncturist about my relationship, my diet, my drug and alcohol consumption, my exercise routine, my work, my family — everything. And then she stuck needles into me.

That first meeting was a good indication of how the rest of my sessions were going to be. While shorter, each one starts with at least 20 minutes of me telling my acupuncturist about my week. It’s like low key therapy — we don’t go too deep into the issues, but it gives me a chance to talk with an impartial person about things that are going on in my life.

Then I hop up onto the treatment bed and she takes my pulses. Don’t ask me exactly what she’s looking for, though. I have a vague idea that my pulses should be regular (I think?) but the specifics are as vague to me as basically every single Western medicine test I’ve taken. Once she’s gotten a good read, she sticks me full of needles in places and ways that are informed both by what I’ve told her and what she reads in my pulses.

So, six months after starting treatment, what’s the conclusion? First of all, I can tell you that my physical symptoms pretty much disappeared within the first couple months of doing weekly treatments. No or minimal boob swelling and nipple soreness and I only feel like I want to crawl out of my skin for a day or two, as opposed to two solid weeks. The emotional symptoms, on the other hand, almost seemed to amplify as the physical ones abated. But there was also a lot going on in my life during that time, so it can be a little hard to gauge.

However, about three months into treatment, my acupuncturist also gave me some herbs called Woman’s Balance. I take three pills three times a day, for the second half of my cycle. I saw immediate results with these, including a further reduction of my physical symptoms and a noticeable reduction in mood swings. Additionally, when I started taking the pills, the number of days between periods finally leveled out. Before, I could never tell when my period was going to start. But with the pills and acupuncture combo, I evened out to a 34-day cycle. It’s long, sure, but as long it’s consistent, I don’t really care.

I recently cut back on the number of sessions I’m doing per month, from every week to twice monthly, and I have to admit that I’m a little nervous. I can’t conclusively say where the positive effects of my acupuncture treatment came from. Was it the talking? The lying still for 30 minutes? The needles? The supplements?

The answer: Yes — all of the above. But honestly, I don’t really care about the specifics of the why, because I know the what, and that’s the fact that I’m not suffering intensely for two weeks every month. So do I recommend acupuncture for PMS treatment? Sure! If it’s affordable for you, give it a shot. The risks are low. And it might just make you feel 10 times better.