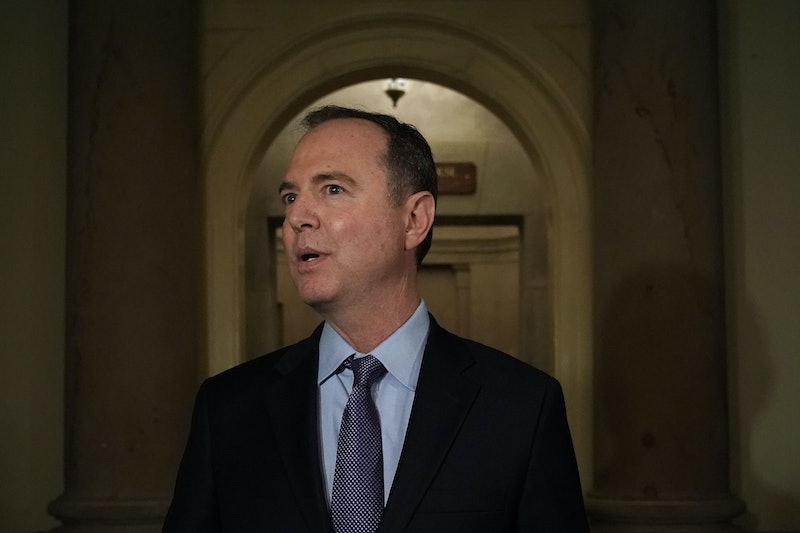 Reports have been circulating about the upcoming completion of special counsel Robert Mueller's investigation. But what happens if the Mueller report isn't released to the public? On Sunday, one House Democrat said the party is ready to take legal action to make sure the voting public can read the Mueller report.

House Intelligence Committee chairman Adam Schiff said his committee is prepared to subpoena both the report and even the special counsel himself to make sure the report and its contents are made public. "We will obviously subpoena the report, we will bring Bob Mueller in to testify before Congress, we will take it to court if necessary," the long-serving California Democrat said on ABC News' The Week. "And in the end, I think the [Justice Department] understands they're going to have to make this public."

Concerns about the transparency of the Mueller report came to the forefront when a report from CNN surfaced mid-week that Attorney General Bill Barr was going to announce the Mueller report had been submitted by next week. But by Friday, a DOJ official disputed that, telling the cable news network and multiple other news outlets that the Mueller report is not going be delivered next week.

The news of the pending release brought forth fresh apprehension because the Mueller report isn't automatically a public document. When the report is completed, the special counsel's office first submits the full report to the attorney general, according to The New York Times. Then the attorney general is required to "send a summary of that work to Congress," but the attorney general has "considerable flexibility" about just how much is disclosed to both Congress and the public, the Times' Department of Justice correspondent Katie Benner reported.

This has led to Democratic lawmakers considering their next moves if the Mueller report isn't fully available to Congress and Americans. "We are going to get to the bottom of this," Schiff told This Week host George Stephanopoulos. "We are going to share this information with the public and if the president is serious about all of his claims of exoneration, then he should welcome the publication of this report."

President Donald Trump has long denied any allegations of collusion between his campaign and Russia. As a result, Trump frequently tweets about the special counsel's investigation, which he calls a "witch hunt."

Despite his dislike for the investigation led by former FBI director Mueller, Trump told reporters the responsibility for releasing the report will stay with the Justice Department. " That'll be totally up to the new attorney general," the president told reporters in the Oval Office on Wednesday, according to NBC News.

Schiff said keeping the report out of the public record would be a mistake for Barr, who was confirmed in his position in mid-February. "If he were try to withhold, to try to bury any part of this report, that will be his legacy and it will be a tarnished legacy," Schiff said. "So I think there'll be immense pressure not only on the department, but on the attorney general to be forthcoming."

While it's unclear when the report will be submitted, there's always the week after to bring the nearly two-year special counsel investigation to a close.