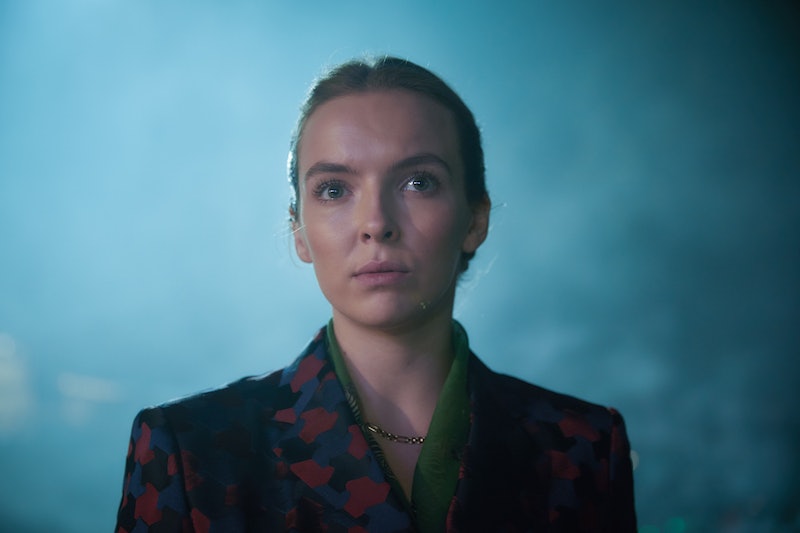 Killing Eve has had UK viewers captivated ever since it aired on BBC One in September, and a second series of the show was confirmed earlier in the year. After critical acclaim and strong viewing figures, it appears there's certainly an appetite for another series, but what happens in Killing Eve Season 2?

The first season of Killing Eve is based on the popular Villanelle book series and follows the story of MI5 officer Eve Polastri, played by Grey's Anatomy's Sandra Oh, who works to track down the titular psychopathic assassin. President of BBC America Sarah Barnett confirmed the show's second series earlier this year. In a statement to Digital Spy, she said "The early response to Killing Eve has been incredible – for that reason, as well as the fact that we wholeheartedly love this original, funny, thrillingly entertaining series, we are delighted to move ahead with a second season before we even premiere", and continued "This show has the thunder of women on both sides of the chase in Sandra Oh and Jodie Comer and, importantly, behind the camera with the lavishly brilliant Phoebe Waller-Bridge".

As the focus of viewers now shifts onto the upcoming second series, it seems new details are now beginning to emerge, some of which have left fans even more excited for series two. Those not up to date with the first series should probably look away now, as some pretty huge spoilers are about to come your way.

Filming for series two of Killing Eve is already underway, and this week fans noticed a potential major spoiler within some leaked on-set photographs. Jodie Comer, who has received critical acclaim for her portrayal of Villanelle in the BBC series, was spotted in London filming scenes for the show — however the 25-year-old was not alone. According to OK!, Danish actor Kim Bodnia, who plays Villanelle's old mentor Konstantin Vasiliev, was also seen shooting scenes alongside her. This revelation will come as a shock to those familiar with the first season, in which Bodnia's character was supposedly murdered by Villanelle. The assassin supposedly shot him dead in the series finale, but perhaps not everything was as it seemed.

Although official plot details for series two are yet to be confirmed, the return of the show's lead characters have been, and viewers can expect to see both Oh and Comer reprise their roles as Eve and Villanelle respectively. Another character expected to be returning to series two is the mysterious Carolyn, who is portrayed by Irish actress Fiona Shaw.

The BBC announced the renewal of Killing Eve after the show enjoyed significant success, and it was recently revealed that 26 million people had viewed the programme online. The drama was also equally adored by critics and currently boasts a 97 percent approval rating on Rotten Tomatoes, the show's critical consensus on the site reads "Seductive and surprising, Killing Eves' twist on the spy vs. spy conceit rewards viewers with an audaciously entertaining show that finally makes good use of Sandra Oh's talents".

After the action-packed first series, which is available to watch on BBC iPlayer, I'm really looking forward to seeing where the story takes us next. Season 2 cannot come soon enough.