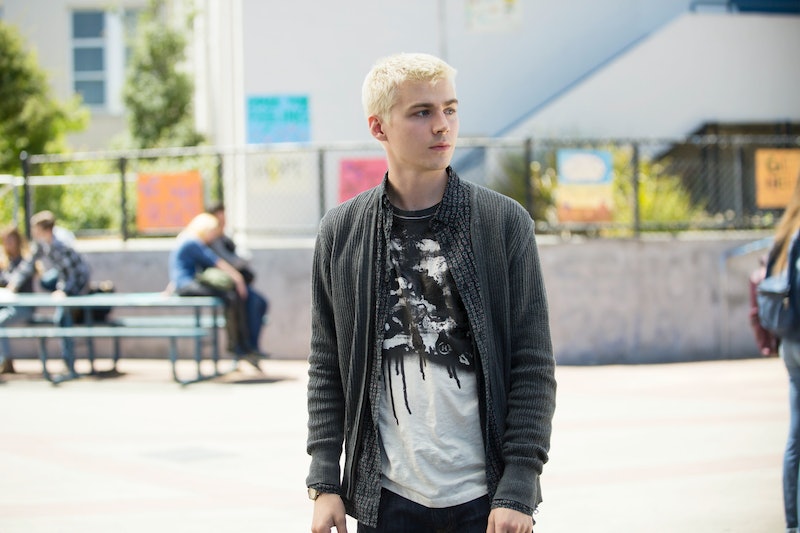 13 Reasons Why is the YA equivalent of Game of Thrones when it comes to the sheer number of characters that play a major role. What makes this even more impressive is that many of these characters in the book are little more than lightly drawn-out sketches. Take what happens with Alex Standall in the 13 Reasons Why book, for example. All we readers really know is that he was a new kid alongside Hannah and Jessica who eventually wrote a mean list and, unbeknownst to him, gave others a reason to sexually harass Hannah, which escalated to horrific levels. On Netflix's adaptation of 13 Reasons Why, however, a lot more of Alex's life is revealed, as well as a very different ending for the character.

The Alex Standall of the show still writes that list, but this time, Alex tells his side of the story. It also shows the immense guilt that Alex felt after listening to the tapes that detail Hannah's reasons for killing herself. The series also shows Alex's relationship with other students on the tapes like Justin and Clay, as well as the home life he comes from. Season 1 ends with a tragic reveal for Alex, but how do things end for Alex Standall in the 13 Reasons Why book? Spoilers for 13 Reasons Why ahead.

What happens to Alex Standall in the books is... nothing. Nothing happens to him. The reader only hears about Alex through the tapes, and later Tony mentions that he "looked like hell" at school after having heard the tapes. That's it. Like much of the television series, most of Alex's story is wholly unique to the show — including his tragic fate. After dealing with his own role in Hannah's suicide, hearing about all the awful things that have happened to the two women who used to be his best friends, and the inability to express any of his fears and sadness to a militant father, Alex shoots himself in the head.

At the end of Season 1, all that's known about Alex after his suicide attempt is that he's in critical condition. Although his fate is left ambiguous, he's much more defined than the jerk that shares his name in the book. By expanding the world to see how the people on the tapes react to having heard them, 13 Reasons Why is able to show how it isn't just the cruelty of bad people that drive people to terrible place — it's also the mistakes and failings of otherwise good people.

In the book, Alex is a minor character who disappears from Hannah's tapes as quickly as he appeared in her life. What happens to him is ambiguous, just as what happens to everyone after they hear the — except for Clay — is left completely up in the air. But by expanding his story, 13 Reasons Why manages to say a great deal about how there's no such thing as an exclusively good person or an exclusively bad person, and that all of our actions have consequences.