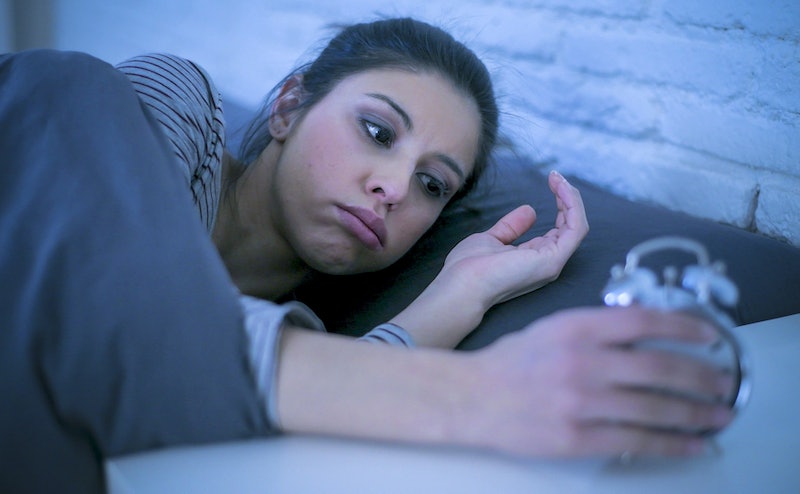 Maybe you've been focused on your side hustle, or your new puppy has an adorable snoring habit, or you've just discovered all 9 seasons of Ru Paul's Drag Race — but now you've been staying up late for a full month. What happens to your body after throwing your sleep schedule for a 180-degree loop can be surprising, to say the least. Well-known side effects of exhaustion include memory issues, motor control problems and a constant need to nap, but there are other issues that get a bit less attention, but are no less real for people who've been burning the midnight oil for a full four weeks.

People who are night owls by habit may adjust to these conditions far faster than those who tend to get up early and go for a healthy jog (which allows them to feel smug all day). Night owlism, or the tendency to be most comfortable going to sleep in the wee hours and getting up late, seems to be partially genetic, according to research in 2017. Human body clocks take a while to adjust, as jet lag demonstrates — but if you're more of a late riser by nature, staying up beyond your normal bedtime may be less of an issue. However, a month-long period of staying up late can have some very intriguing effects on your body and your brain.