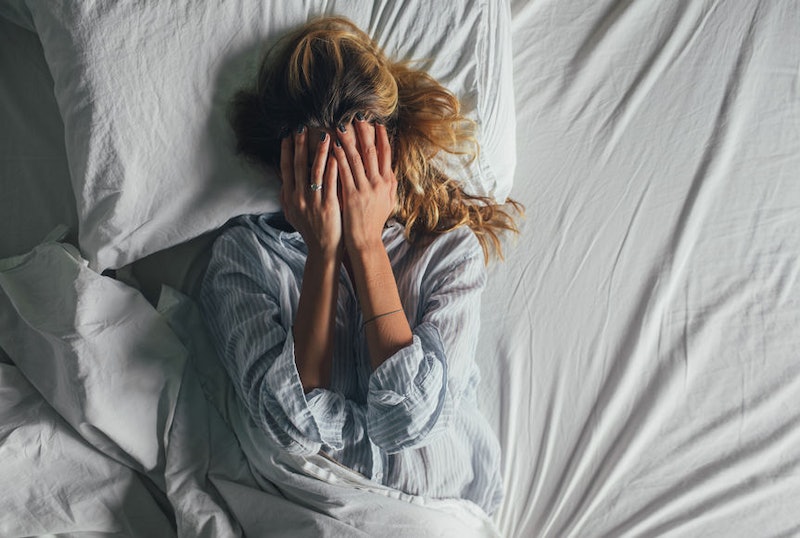 As someone who has recently changed from a night owl to a morning person, I can vouch that plenty of sleep is super beneficial. While I still suffer from bouts of tiredness throughout the day, these moments are easily solved by a good ol' nap. Although, after reading a recent study that shows what happens when you don't get enough sleep, specifically the effects it can have on your brain, I'm especially glad I'm an early riser.

Researchers at the University of Western Ontario recently conducted the "world's largest sleep study", and released the preliminary results of their findings in SLEEP — an international journal published by the Sleep Research Society that "seeks to advance our understanding of sleep and circadian rhythms."

Some 40,000 people participated in the study, which led neuroscientists at the university's Brain and Mind Institute to the conclusion "that people who sleep on average between seven to eight hours per night performed better cognitively than those who slept less, or more, than this amount." Basically, it's all about finding that sweet spot to get a decent amount of shut eye, and to give your brain the perfect dose of rest that it needs to function to the max.

The study was conducted online via "an in-depth questionnaire and a series of cognitive performance activities," which asked participants their age, where they lived, if they were on medication, and a brief overview of their background. Researchers wanted to get a more extensive look at the typical sleep habits in "the real world", rather than in a laboratory.

They found that while "half of all participants reported typically sleeping less than 6.3 hours per night," some slept for four hours or less. This led to the "startling discovery" that they performed "as if they were almost nine years older" during their cognitive activities.

The study also found that oversleeping is equally as harmful, and there is actually a term for it — "hypersomnia." It's basically the opposite of insomnia, and constitutes a similar array of symptoms including grogginess and difficulty concentrating.

The actions most affected by lack of sleep were participants' "reasoning and verbal abilities," while their "short-term memory performance was relatively unaffected." This is because sleep deprivation can disrupt certain hormones in your brain "including serotonin, dopamine, and cortisol, that affect thought, mood, and energy" according to The Sleep Doctor.

Although, as the study points out, sleeping for four or more hours a night doesn't constitute complete sleep deprivation, it "suggests that not getting enough sleep for an extended period affects your brain differently than staying up all night."

Researchers also came to the conclusion that "the amount of sleep associated with highly functional cognitive behaviour was the same for everyone, regardless of age." However, these crucial hours of rest don't just affect your brain. According to Healthline, "recent scientific studies show that a lack of sleep causes many significant changes in the body" which can also increase risk for "serious health concerns such as obesity, disease, and even early death."

While the odd night here and there of a short amount of sleep isn't bad in the long-run — as was found in the study — a regular cycle of eight hours of kip a night is pretty good for to your wellbeing.