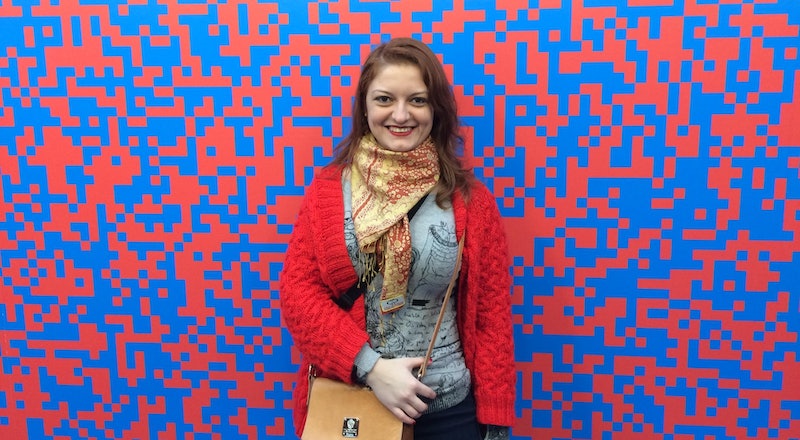 Almost two years ago, I woke up in a hotel room, groggy and dehydrated, with my clothes all over the room and my nightstand filled with mini bottles of liquor. I had spent the previous two days drinking all the alcohol in my mini bar. I'm not sure why I didn't call the hotel and ask them to remove that mini-fridge when I got to my room — I had entered rehab just nine months earlier and was still figuring out my sobriety. But I didn't. And the predictable happened: I had a relapse.

Waking up hung-over was embarrassing. Even worse, I was there to attend a conference for a new job — a job that I promptly lost as soon as my addiction reared its ugly head. Though, to be honest, I was secretly relieved: I still had to learn how to stay sober while dealing with my anxiety and work-related stress. And if it wasn't for my relapse, I wouldn't have learned that I needed a better work-life balance in order to successfully manage sobriety.

My journey to recovery was pretty simple: After years of ignoring the fact that I had a problem with alcohol, managed my stress with liquor, and ultimately depended on booze to get me through the weekend, I entered a 30-day rehab program with the help of my parents. I spent the entire time absorbing what my rehab program taught, seeing my therapist as much as possible (often five days a week), and making friends with others in my situation.

Learning just how deep my issues with anxiety went — in particular, my internalized push towards perfectionism and over-achievement — helped me to understand the alcohol dependency in my life. Before rehab, I only knew that I had an anxious attachment style and never considered how anxiety may be playing into other parts of my life. During my rehab, I learned I had a "double diagnosis" — those of us who have been diagnosed with addictive issues and another mental disorder, such as depression and anxiety.

Up until entering rehab, I was always an over-achiever and perfectionist. It was what drove much of my career success until, ultimately, it took over my life. But, during my rehab program, I learned to recognize the patterns that led to alcohol addiction and how to overcome them.

If I never went out to meet friends, I would never face my old haunts and remember the times when I got "too drunk."

After finishing my program, I returned home with the support of my family and friends. Things seemed to be going well as I continued to deal with my anxiety and recovery with the help of a cognitive behavioral therapy-based addiction specialist, except for the fact that I was isolating myself from the world. I started to work from home and, since it was winter, that made it easy to stay away from even the most supportive of friends. I thought: If I never went out to meet friends, I would never face my old haunts and remember the times when I got "too drunk." I knew my friends wouldn't encourage me to drink again, but I was scared of missing drinking as part of our socializing.

Twelve step meetings provided little comfort as I had a hard time relating to most of the people I met — their life stories were often so different than mine. I felt like a fraud because my problems just didn't seem as bad as theirs. Not connecting to anyone else during these meetings only made me feel even more isolated. I didn't find anyone who could relate to my career ambitions and the anxiety that led me to drink. When people called on a higher power to help them, I felt even more like I didn't belong. I stopped going to meetings shortly after the new year. By April, I found myself in the middle of a relapse nine months after first entering rehab the previous summer. That's when I realized I needed a bigger change. A few weeks later, I packed up and moved from New York to Florida in search of a better recovery.

Although I still felt that twelve step meetings weren't for me, I began to focus more on my therapy and found a like-minded group in SMART Recovery. The online and in-person meetings focused on learning cognitive behavioral therapy tools for recovery and emphasized self-empowerment. I instantly felt a connection to this program and the people involved in it.

What I found in SMART was an approach to addiction that focused on reframing my thinking and behaviors around alcohol. Being able to talk about the guilt I felt over "failing" my rehab program and managing a new life in a (sort of) new place — since I moved back home with my parents to figure out the next steps after relapsing — felt incredibly healing. Finally.

Thanks to SMART, I was able to internalize that relapse was a part of the recovery process that I shouldn't be ashamed of. I learned that the best I could do was look forward to the next day, and do my best then. In fact, one of the most encouraging things about the program was that SMART differentiated between "lapse" (a brief relapse of only a few days) and "relapse" (a longer time back in addictive behaviors). I reframed what I had experienced as a "lapse," and found the strength to keep going.

My drinking was at its worst when I isolated myself. When I continued to isolate myself after rehab, I wasn't truly helping myself establish those all-important social connections.

One of the ways that I also began to receive support after my "lapse" is that I began to actually ask for it from friends and family. Before my lapse, I mostly acted like everything was OK, and pretended that I didn't need to talk about my recovery. After my lapse, I finally opened up. Having people who have known me for years (and had been there for the good and even the bad times) listen to what I was currently going through began to help.

I also understood why my lapse happened in the first place: My drinking was at its worst when I isolated myself. When I continued to isolate myself after rehab, I wasn't truly helping myself establish those all-important social connections that would ultimately fill my life with happier things.

Ultimately, letting go of the past and learning that relapse is a part of the process, as friends in SMART emphasized, helped me let go of the guilt I felt about having alcohol use disorder — and the guilt I felt that I couldn't just "fix it" quickly.

Embracing a bigger emphasis on my mental health (since anxiety and work stress aren't ever truly going to go away), finding a supportive community, and opening up to friends and family — including my life partner, whom I met just after moving in with my parents — became the keys I needed to overcome my addiction. Now, almost two years since that night in the hotel room, I am stronger than I could have ever imagined — and successfully sober.