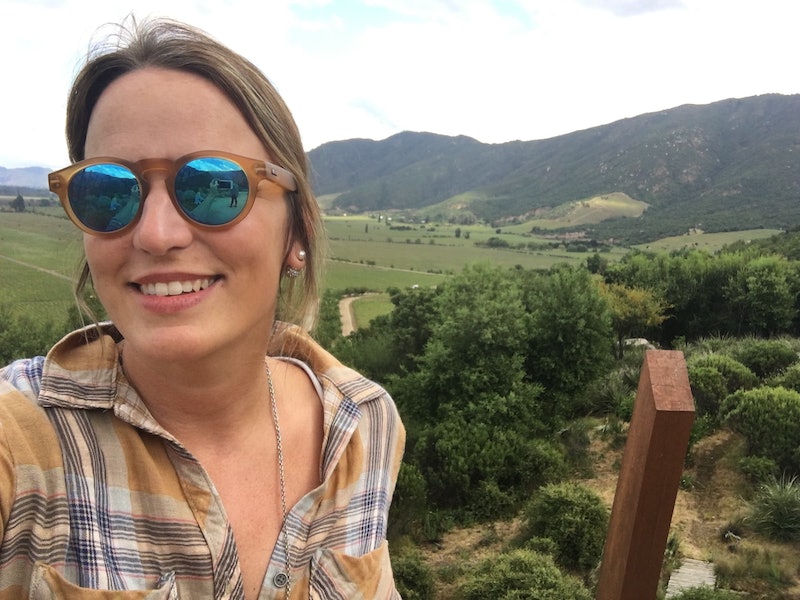 At the start of every week, I make myself these grand promises that I'm going to significantly cut back my spending. It's almost like every Sunday is its own mini-New Year's Eve. In fact, my first step in this saving money mission typically kicks in around 4 p.m. (not coincidentally, the same time as the "Sunday Scaries"), which is when I vow to prep my meals for a week. Then, the pattern sets in: I still haven't gone to the grocery store by 7 p.m.. And I'm getting tired, and you know what, it's fine — I'll go after work on Monday! And, well, before I know it, it's Thursday and I've picked up food for dinner every week. Womp.

The truth is, we can talk a big game when it comes to reigning in our finances, but it's much easier said than done — until, well, you do it for work. Needless to say, I jumped at the chance to not spend a dime for a week for the sake of journalism. And guess what? According to the pros, single women actually have a huge advantage when it comes to saving dough. “When you're single, you never have to clear ideas with a second person and you never have to compromise," Michael Eckstein tells Bustle. "This makes decisions a lot simpler and allows for extra savings opportunities.”

But to actually put this plan into action, however, I would need a plan. My initial concerns were just going stir crazy. Because let's be honest, even if you have morning sex every day (which I can tell you from personal experience also has it's drawbacks) and rip through a new series on Netflix, there's not a lot you can do outside your home that won't cost you a single dime.

Still, I set off for the quest. And well, it got interesting.

There's only one thing I had to do: not spend money. Obviously this doesn't mean those pesky ongoing expenses like, say, rent! But it does include everything else like food (nooo!), alcohol (yikes!) and Amazon orders (spoiler alert: that one was the hardest). For one week, I would not swipe my credit card or spend or even shell out a dollar for a lotto ticket. It's only a week. I could handle this... right?

Sunday night gave me a false sense of confidence about how easy it would be to not spend money on food all week; in fact, I was beaming when I perfectly prepped all my meals in their respective Tupperware. I could do this every week! I'd be so healthy!

I borderline jollily ate my breakfast, set off to my co-working space, and felt instant gratification — not to mention an overall more balanced and responsible adult — just by forgoing my morning latte. (I am now laughing out loud at my own naiveté.)

On only the second day of this experiment, I started to feel a little Girl Interrupted. Even this early on the *not* spending any money severely messed with my routine. For instance, Tuesday mornings are when I take my 6 a.m. boxing class. Sure, I pay for it all in advance, so it wasn't technically breaking the rules. But when I ran out of water, I didn't buy another one nor did I grab my post-work out smoothie or even a breakfast sandwich. This changed everything, because instead of showering at the gym, grabbing my food on-the-go, and heading to work — I had to head home to eat one of my pre-made meals because, well, that would require not spending any money.

The first wave of annoyance was hitting me pretty hard. And it was only day two.

You know when you vow to bring your lunch to work, then you go to actually eat it and you just feel sad? That was Wednesday to me. All those little healthy pre-packed quinoa bowls were officially disgusting to me, and I wanted no part of them. In fact, all of the groceries I had purchased to ensure I wouldn't opt for take out were just completely off-putting to me at this point.

On top of that, I had to cancel my plans to attend weekly Book Club, because we always split dinner and wine (reading book is of course optional) — but since my wallet couldn't be touched, I didn't just want to go and freeload. Although how desperately I wanted to eat something that wasn't in my apartment almost made me say to hell with it.

My boyfriend must have sensed I was about to snap, because he kindly took me out to dinner this night. My goal was to eat enough sushi and sake to carry me through the weekend. So needless to say, my valiant efforts racked us up a nice little bill.

When we got back to my place, in an effort to show my appreciation, I told him he could rent anything he wanted from Amazon Prime, not just the stuff I can stream for free. He lit up! Until, that is, I remembered I couldn't spend that $2.99 until next Monday. He tried to convince me this "didn't count" since I pay a monthly membership for Prime, but I assured him this was an added expense — meaning even though he sweetly let me get out all my food frustrations on him, he would have to keep his flicks in the queue until further notice. And then — no doubt the result from going a little stir crazy — I started going off that the fact we were even upset about this was the absolute definition of First World Problems and I was borderline humiliated.

As you can imagine, this sparked quite the stream of eye rolls and long sighs. (But thank god sex was fair game.)

After an improvised dinner of leftover salad mixed with macaroni and cheese, I decided I needed to give into my temptations a little. My friends were at the bar, and I told myself I could meet them there even if I didn't buy a drink. Right? They knew I was doing the experiment, so they'd probably throw me a bone — if I promised to get them next time.

But here was the issue: after my friends bought me a round, and I got hooked. I needed the feeling of being out with the bevy of likely bad decisions that having an open tab allows you, dammit! But since I couldn't ask my friends to front me all night, and I was dangerously close to saying eff it to this whole thing, I knew my only option was to go home. But wait, I didn't drive (I was dropped off by my boyfriend on his way to hockey game). Oh, and I can't take an Uber. My only option was to wait until my friends were ready to go or call someone else for a ride. FML.

Saturday I woke up, and I just didn't care anymore. Not just about spending money but about anything. It was like Eyore's rain cloud had found me and decided to park it above my head instead of his for a while.

I went for a walk, then to the pool where I sat reading for hours. Then I took a nap. I didn't answer my phone nor leave a 100 sq.-ft radius outside my apartment all day. I simply didn't have the fight left in me to battle off the demons that were telling me to meet my friends for brunch, or even just go on a long drive — because I was almost out of gas, and well, I'd made it this far.

With Saturday's darkness officially behind me, I set out Sunday to fully embrace my final spend-free day. I kept my normal Sunday ritual in tact by taking a stroll through the weekly farmers' market — usually a major weakness of mine, since I like nothing more than buying those adorable baskets of apricots and plums I never actually eat — but this time I was enjoying just spectating. There was something refreshing knowing I wasn't going to buy anything while walking through this labyrinth of goods. I even moved over to the vintage clothing booths after that (talk about a risk!). And although I'm sure the fact it was the last day helped, I was in utter bliss.

Since I didn't have to do my usual "Sunday errands" that include stuff like grocery shopping and getting nails done (because, money!) — I had the day open for leisure. So after the market, I met my friends and we took a bike ride through the springs.

That's when it hit me: the key to not spending money is to still making sure you get out of your house and fill your days up. I had an amazing, completely free end to my week. The truth is there's a lot of free stuff to do on weekends — much more than you think. If I hadn't been in such a mental funk on Saturday, I could have the same thing.

Even though I had some inarguably dramatic episodes of being deprived during this spending hiatus, turns out I learned a lot about myself. The main thing being, the majority of the time, I spend money just to spend it. I don't even really need to — and considering I don't have limitless funds, that's a tad disconcerting.

It took me to almost the final day to realize I'd been doing this experiment all wrong. I assumed to avoid swiping my credit card, I needed to become somewhat of a hermit; to just hole up with my TV shows, books, and pre-prepped food like I was hibernating for the winter that never exists in Florida.

But the truth is, the key to not spending money is to still making sure you get out of your house and fill your days up with activities. I know that sounds like you'll end up dropping more cash, but this experiment proved to me there's a lot you can do without spending a dime. Just because you're spending less —or in this temporary case, zero — money doesn't mean you can't have a life. And a pretty fulfilling one at that.