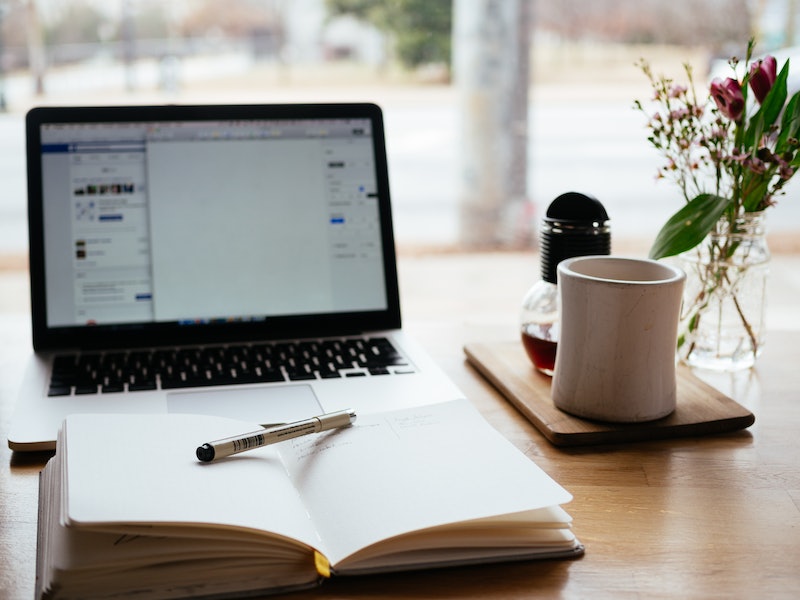 Breaking into the literary profession can sometimes seem daunting. And with so many hopefuls flooding the fields of agents, publicists and other highly prized openings, it might even seem impossible. But there are tons of incredible bookish jobs out there from book editing to book packaging. Even some you might not have heard of; and you wouldn't be alone if book scouting is one of them. This exciting literary career might be more under the radar than most, but it's also one of the most high-octane and fascinating book-based careers you can have. So, what is it that book scouts do? We connected with book scout Hanna Masaryk of Sanford J. Greenburger Associates to learn more.

"Literary scouts work on behalf of foreign publishers as consultants, helping them find books from the American market that they want to purchase translation rights to and publish in their markets," Masaryk tells Bustle. "Each scouting agency has a distinct, one on one relationship with their clients. We get to know not only the publishing trends in those countries, but our editors' tastes as well. We are their facilitators, their eyes and ears, and their public image here on the ground in New York."

And according to Masaryk, being the eyes and ears requires a lot: meetings with American agents, editors, and foreign rights managers to hear about the books they are working on and attempting to sell abroad; reading everything; and then writing to clients with detailed reports about why she thinks it would work for their list (or why it wouldn't). It's a particularly multi-level, fast paced subset of an industry that is already all go, go, go.

If that sounds like your idea of a dream career, keep reading below for Masaryk's tips, thoughts, and lessons learned as a book scout in the game today.

You'll Need To Be A Quick Reader

"I was just a plain ol' English major [in college]. By declaring an English major you basically say 'I love reading! I want to read all the time!' and then you open your arms and get blasted off your feet by an avalanche of books. Scouting is that multiplied by about five. I still write one paper per week in the form of my reports. In college I would guiltily skim books before class discussions, but this turned out to be the greatest technical preparation I could have had for this job," Masaryk says.

"Scouts switch between books constantly; you read 50-150 pages of a book and if it doesn't seem to suit your clients' tastes you move on. I don't think anything about my education in particular drove me to pursue scouting, but this niche does attract a particular personality type. Every scout I know has a different scouting style, [but] with the same intense core desire to accrue information."

Be Prepared To Hustle

"I always say that this is my dream job. That said, if you want to be an editor, agent, or scout, starting out you better be prepared to hustle," Masaryk says. "I went to college in New York City and when I was a sophomore I reconnected with a young woman I'd known growing up in Cleveland who was working in publishing. When we met for coffee she mentioned that her office had an intern position they wanted to fill," Masaryk says.

"I had no idea what a literary scout did, but I was totally cheesed at the prospect of reading books before everyone else. I don't think I was that prescient as an intern (too busy gloating about reading books in advance), but I encourage my interns to really pay attention to the catalogs we get before a book fair and see what floats their boat, see if I can help them connect with companies who do what they want to do."

"A lot of people come into publishing specifically pursuing children's literature...those people will probably hate me for saying I totally stumbled into it! When I didn't know where I was headed, I assumed I would work in the nebulous realm of literary fiction. [But] I'm a really giant nerd at heart. Lingering, drawn-out, plotless novels about young dudes filled with ennui (or old dudes also filled with ennui but having an affair with their students) are just not my jam," Masaryk says.

"I love fantasy and science fiction, and literary stuff with a strong sense of absurd humor and a clear, functional plot. Stuff that entertains while still getting you thinking. So a lot of children's and YA hooks my imagination, and I've grown to deeply admire the way children's books address some very complex, mature themes in a plot-driven way."

You Will Have To Deal With Cyclical Socialization

"Because of the very disparate aspects of the job, it can be both wildly social and extremely solitary, and when we are preparing for one of the big book fairs it becomes a 24hr job. There is an element of competition to it: you want to get a manuscript as early as possible so that your clients have time to consider it before their competitors, so to some degree you are racing against the other scouts," Masaryk says.

"The hardest part of this job is balance; I don't think it is a negative aspect of my job, per se. The social aspect has introduced me to a lot of other publishing people who have become my best friends! And in those quiet moments I've read some of my favorite books. The stress of this job really comes in cycles."

It's Not All Glamorous...But Every Day Is Exciting

"I think on the surface scouting seems like one of the more glamorous aspects of publishing. You work round the clock, but you get to rub elbows with lots of people, you get to read everything you could ever possibly want, and you get to travel internationally twice a year!" Masaryk says.

"But truly, the thing I love most (and this is about to sound so cheesy), is our clients. Their passion for books is so invigorating and I've grown to know each of their tastes so well over the past three years. Our clients have become these amazing mentors, collaborators, colleagues in the most collegial sense of the word. They each add a unique color, texture, and perspective to my life that I cherish."

Make Sure You Have A Hobby

"Pie is a fabulous metaphor for life. Being a pie baker both anchors me in a warm and generous mindset and also encourages me to grow, develop, and hone my skills. You also can't rush it! If you try and rush the process, it all goes to hell," Masaryk says.

"So much of scouting is subjective; there's something so satisfyingly concrete about baking a pie or creating a garment, even just feeling yourself sweat! It's like it reminds me I'm not just a pair of eyeballs wired to a set of fingers tapping out reports. It's super easy to float away in the hustle, you've got to anchor yourself to something real and personally validating beyond your job."

More like this
Howard Stern's Net Worth: Is He The Richest Man In Radio?
By Hugh McIntyre
16 Novels That Paint A Realistic Portrait Of Abortion
By K.W. Colyard
At 14, Jenny Han Wrote Rom-Coms About Her Friends & Fan Mail To Leo DiCaprio
By Alyssa Lapid
Aesop's Queer Library Is Open
By Tomi Otekunrin
Get Even More From Bustle — Sign Up For The Newsletter