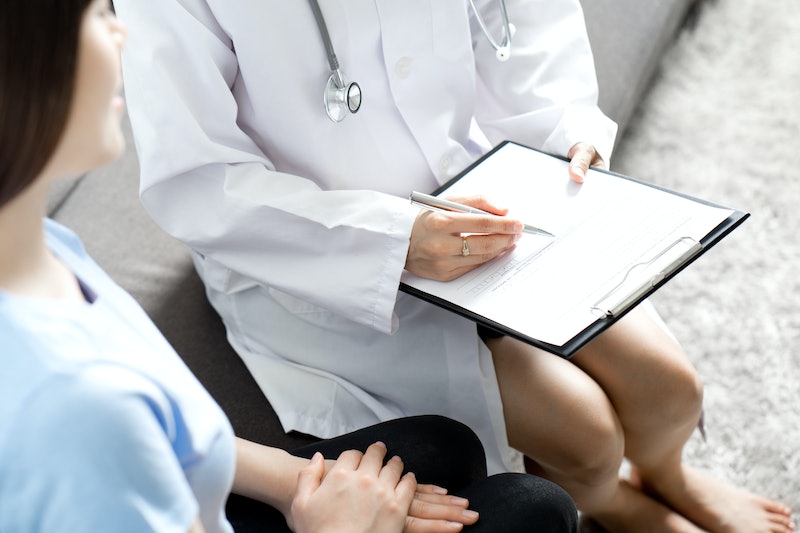 On July 6, 2019, Disney Channel actor Cameron Boyce died of natural causes, a preliminary report from the Los Angeles County medical examiner's office confirmed. Soon after the news broke, the 20-year-old star's parents revealed in a statement that Boyce died due to complications from epilepsy. "Cameron's tragic passing was due to a seizure as a result of an ongoing medical condition, and that condition was epilepsy," a spokesperson for the family said.

After this news, you may be wondering what epilepsy is. While epilepsy can occur at any age, adults with no history of epilepsy can develop adult-onset idiopathic generalized epilepsy (IGE), a study published in the journal Epilepsia said. And, according to the Epilepsy Foundation, epilepsy is the fourth most common neurological condition. It affects more than 65-million people globally, and, by a small margin, men are more likely to develop epilepsy than women.

But, knowing whether or not you actually have epilepsy is complicated. As Dr. Jennifer Caudle, a board-certified family medicine physician and associate professor at the Rowan University-School of Osteopathic Medicine, tells Bustle, having a seizure doesn't necessarily indicate epilepsy — it's only if you experience two or more seizures that epilepsy is considered a diagnosis, and these seizures can present in a number of forms, due to a number of factors, at any time in a person's life.

While it can be genetic, Caudle explains, other factors can lead to epilepsy at any age: "Other things that can cause epilepsy [include]: Head trauma; meningitis, which is an infection of the brain and spinal cord; brain tumors; a person who's had strokes; or somebody with a condition like multiple sclerosis," Caudle says. "I think that it's really important to note that there's a number of things that can [cause epilepsy]."

The Epilepsy Foundation noted that it can be more difficult to diagnose epilepsy in adults because the most common adult-onset seizures, known as focal seizures, are often mistaken for other ailments. Things that can accompany focal seizures — hallucinations (smells, tastes, sounds, visions), déja vu, temporary numbness or weakness in a limb or the face, and migraines — are sometimes mistakenly attributed to other medical conditions. There are other forms of seizures, however, and they all present differently.

"There are different types of seizures and they can have different types what we call clinical symptoms, meaning that people [who are seizing] can look different ways," Caudle says. "Some people think of seizures as being convulsions and shaking, but there are actually seizures where a patient may just stare off into space and kind of zone out for a while."

If you suspect you've had a seizure, in a video on the foundation's website, Dr. John Hixson, associate professor of clinical neurology at the University of California, San Francisco, recommended writing down what you experienced, videotaping the event (if possible), or documenting information from a person who has witnessed your seizures. Bring your notes and video with you to your doctor's appointment.

The good news is that epilepsy can be controlled with medication, and Caudle tells Bustle that today's prophylactic options are generally safe with minimal side effects.

"Don't try to force a patient with seizures's mouth open with any hard items or with the fingers, and trying to hold down a patient's tongue can actually injure their teeth or jaw," Dr. Caudle tells Bustle. "Do not put anything in the person's mouth."

She adds that you should ease the person to the floor so they can't fall, turn them onto their side, remove the person's eyeglasses, and if they're wearing a necktie, loosen it. "That will help keep them from choking on any secretions. You want to clear the area that they are from anything sharp or hard that they could injure themselves on. Often times people will put something soft like a jacket or a pillow under the head just so [they don't experience] a minor trauma to the head while they're actually seizing."

In addition, do not restrain the person, call 911, and stay with them until they are awake and alert. You can also watch a series of videos to learn seizure first aid so you can best assist during an emergency.

While the condition is a serious one, it's also extremely common, and can thankfully be managed with medication. This makes knowing the signs and symptoms all the more important: Getting help earlier is key to treating it.