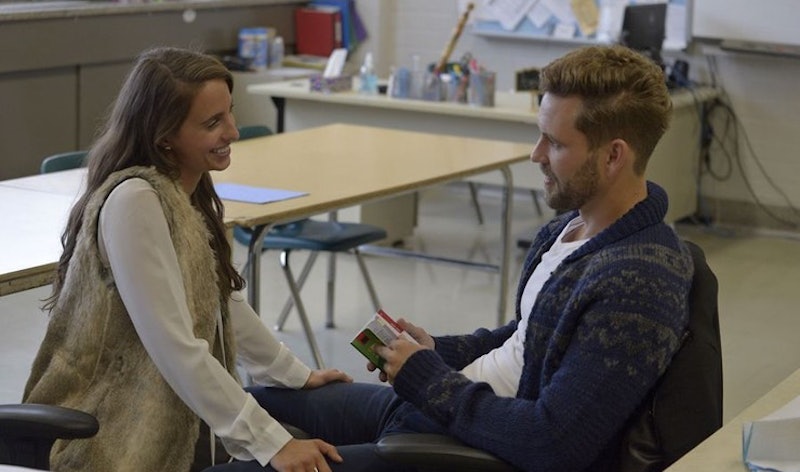 We are almost at the bitter end, my friends. Nick Viall is about to choose his Bachelor bride, and we are all about to step off of the drama train for a bit... that is until The Bachelorette with Rachel begins and Bachelor In Paradise starts up again. Personally, I have found it extremely difficult to choose my favorite out of the two finalists that are left standing this season. Regardless of who you are rooting for, though, Vanessa stands out as one of the sweetest human beings the show has featured. If you need some convincing, follow Vanessa on Snapchat, and see The Bachelor star's life outside of the mansion walls.

If you have seen any of Vanessa's other social media accounts, then you are already aware that she shares some amazing parts of her life with the world. She has dedicated herself to her career as a special needs teacher, and she often shares photos of her work with the world. Lately, though, her photos have included a whole lot of shots of a certain bachelor, and fans have been eagerly dissecting every image for signs of a lifelong romance. Vanessa's Snapchat, @Vanessagrimaldi, is an account fans will want to follow, especially now that she will soon finally get to reveal what she has been up to since filming wrapped.

Personally, I am thinking that Vanessa might pull out the win here. If she ends up being the one to walk away with that diamond ring, this is sure to make her Snapchat even more interesting. She also works as an actor when she is not doing her day job, so there is also the possibility that she will share some of her future opportunities with her Snapchat followers.

Will Vanessa have some seriously romantic, post-engagement Snaps to share with fans after Monday's finale? Or will we see something entirely different if Nick picks Raven? Either way, you will certainly want to follow Vanessa to see for yourself.