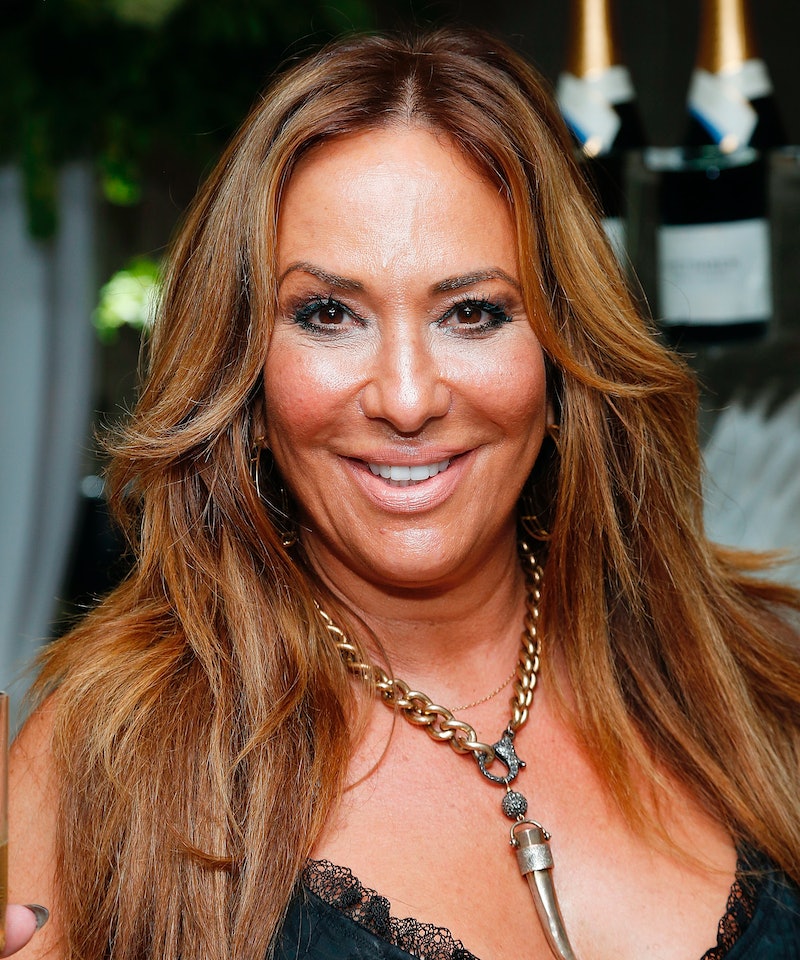 During the Season 11 Real Housewives of New York City premiere, the fans met Barbara Kavovit. After explaining the meaning of "DIY" to Luann de Lesseps, Barbara pulled a toolkit out of her car because she "always has one." Wait. Why? Because she sells them, of course. Actually, Barbara Kavovit's job is sort of amazing — she owns her own construction company.

Barbara's line of tools is called DIYVA by Barbara K and the products are available at her brand's official website. Props to Barbara for starting the self-promotion right away. "Forgetting" to bring Bethenny Frankel a hostess a gift and then "remembering" that she has a toolkit from her own brand in the car is a very smart move.

On a section of her website called "The Scoop," Barbara said, "When I was younger, I never imagined that I would own a construction company. At the time, it never occurred to me that construction was a career path for women."

Obviously, her views have changed. She explained, "Because of my expertise in construction and being the founder of 'Barbara K,' the line of 'tools for women,' I take great pride in the skills I have learned."

Barbara is adamant that "all women have a little DIVA and DIY within them and can be sexy and independent in every aspect of their lives." Preach, girl. She encouraged her customers, "Just remember, you can do anything you set your mind to do - see it, believe it and you will achieve it!"

Barbara is doing more than selling tools and carrying cases. Barbara also gives instructions, tips, and insight on how to carry out specific projects including how to retrieve jewelry from the sink, installing a towel rack, framing a chalkboard, fixing a leaky faucet. Unfortunately all of the blog posts and videos are from 2015, but having these abilities are truly timeless.

Barbara doesn't just sell tools though. According to Crains, Barbara is the CEO of Evergreen Construction, a $27 million-revenue company. In the Crains interview, Barbara declared, "I've always had the feeling I can do anything. So I got myself a tool belt, a tape measure and a great pair of blue jeans. People assumed I knew what I was talking about."

In that same interview, Barbara reflected on the early days of DIYVA. She shared, "I wrote two books. I was doing how-to episodes on YouTube." Barbara also kept it real when she admitted, "But critical mass was not achieved. We weren't selling millions of tools; we were selling hundreds of thousands of tools."

Well, that might change now that Barbara is a cast member on Real Housewives of New York City. The fans have seen plenty of Housewives struggle to launch businesses that ended up finding immense success throughout the course of the show. Bethenny's Skinnygirl empire comes to mind, of course. She was far from the CEO the fans know today when she first joined the show. Look at her now.

If Barbara continues bringing toolkits as hostess gifts, talking about her brand, and even fixing some things in an episode or two, she's bound to sell a lot more tools. The Real Housewives effect is a very real thing.