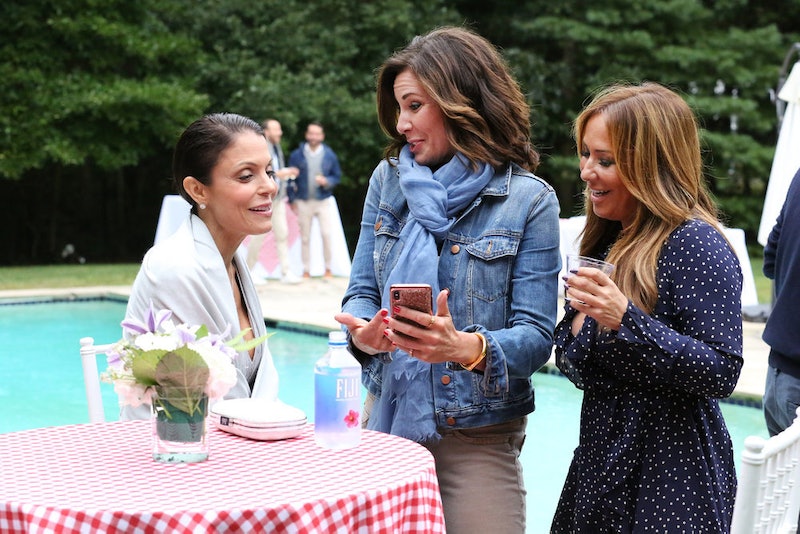 Another day, another Housewife. At least, that's how it feels in the Bravo universe. Selecting the right woman to join a well-established cast is a job in itself. The wrong vibe and it could bring the well-oiled machine of drama and mayhem to a screeching, squealing halt. Carole Radziwill opted to leave Real Housewives Of New York after Season 10 because she wanted to go back to her passion of broadcast journalism (and also get away from Bethenny Frankel, with whom she had a falling out). Who is Barbara Kavovit on Real Housewives Of New York? This New York-based businesswoman seems like she'll fill Carole's shoes quite nicely.

According to Crain's, Barbara is the CEO of Evergreen Construction, which means that she will certainly be able to handle herself when it comes to the women of Real Housewives Of New York. She runs a multi-million-dollar construction company, and when she goes to job sites to check out the work of her team, she wears a pink hard hat that's encrusted with 2,000 Swarovski crystals. Barbara’s first company was focused on home improvement, even though she didn’t know much about construction. "I've always had the feeling I can do anything," Kavovit told Crain’s. "So, I got myself a tool belt, a tape measure and a great pair of blue jeans. People assumed I knew what I was talking about."

Talking the talk is half the battle, no? Barbara also has started a line of ergonomically refined tools for women and a lifestyle brand called Barbara K!. She has ideas, and she’s not afraid to use them.

This woman is right on par with Bethenny Frankel in terms of hard-hitting business knowledge and from-the-ground-up acumen, so they will either be the best of friends or mortal enemies. Barbara and Bethenny has a nice ring to it as a friend pairing, but it also could be how people refer to them before their Celebrity Deathmatch claymation fight. At least Barbara will fit in well with the other ladies — because she already knows them. According to Us Weekly, Barbara already is pals with Luann and Dorinda.

An entrepreneur through-and-through, it seems like Barbara is in it (and on Real Housewives Of New York) to up her own profile and show women that they can do whatever they set their minds to. Barbara told Us Weekly that she doesn’t want women to have to “rely on their father or their next-door neighbor” to get things done.

“They can do it themselves … that’s what this is all about,” she told Us. “Being confident, being self-sufficient — and it goes from my construction job and being in my own home — and being able to be self-sufficient as a single mom of a son. I want to show him that I don’t need to rely on anybody else, that I can do it myself.”

That’s the attitude! It seems like she’ll right in with the smart, tough women of the Big Apple. Barbara will certainly let them know who’s boss if not.