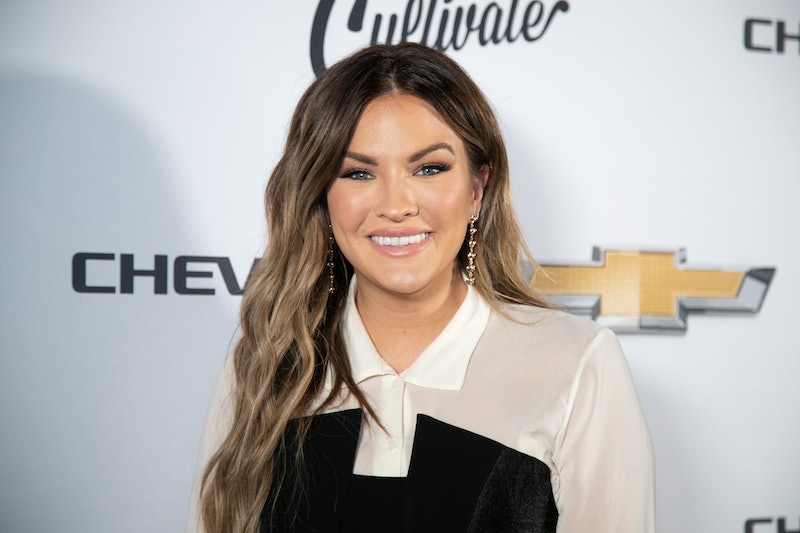 Becca Tilley is kind of like a more beloved version of Nick Viall, because she also went on back-to-back seasons of The Bachelor franchise. First, she was the runner-up on Chris Soules' season, and then she came back for Ben Higgins' season where she was sent home in fifth place. Four years after the show, Becca is in a new relationship, but she's playing coy about who with.

After her first two failed Bachelor Nation romances, Becca gave dating within the franchise another shot. She started seeing Robert Graham, who appeared on Desiree Hartsock's season as well as Bachelor in Paradise, but the two split in May 2017 after under a year together.

According to Us Weekly, Becca has been seeing someone else since late 2018, but she's been keeping the relationship out of the public eye. "I like that it's private and it's my own," she told the outlet. "I had a public relationship before and it just felt like I had a lot of people involved."

Becca has, however, dropped a few hints. Per Us Weekly, she said during an episode of her Scrubbing In podcast that she met her significant other at a party and that she is "95%" certain that they will get married. Maybe if they get engaged, Becca will reveal who she's been dating.

Beyond her love life, Becca runs a blog where she writes about fashion, travel, lifestyle, and more. She also has a YouTube channel where she's posted challenges, tutorials, and Q&As, among other videos. She hasn't uploaded anything in a few months, with her most recent video being a day in the life-style vlog.

Since 2017, Becca has co-hosted Scrubbing In with Tanya Rad. The Scrubbing In part of the name is a nod to one of her favorite shows, Grey's Anatomy. The two hosts talk about TV, The Bachelor, dating, health, and more. They're often joined by celebrity guests from Bachelor Nation and other industries.

All of this has kept Becca busy since her Bachelor Nation departure, and she's shared most of her personal and professional life with her fans. Her romantic life is just one aspect she's choosing to keep to herself.