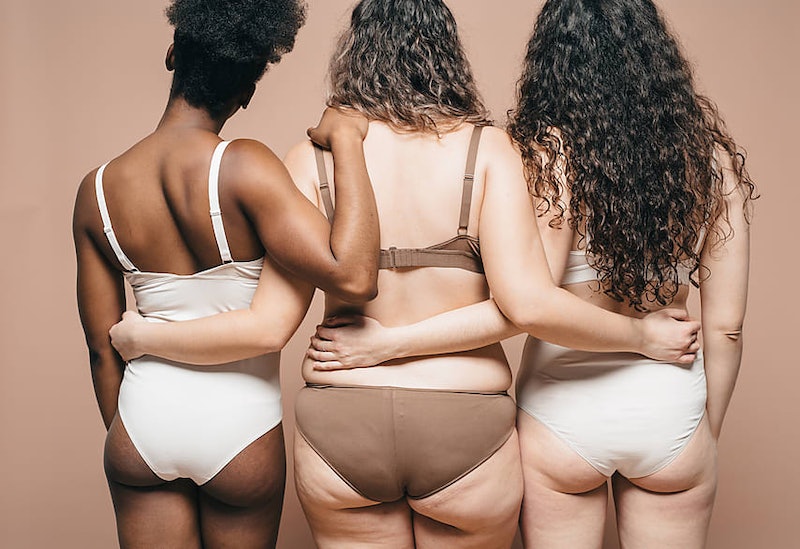 Social movements aimed at lifting people up are almost always co-opted by people who don't understand its core message. That's exactly what has happened with body positivity. What was once a way for people to exhibit pride about the way they look has for some now morphed into something different, and started to exclude the people who were in it from the very beginning. So these individuals have found a new path; one with a pretty similar name. But what is body neutrality?

As the Huffington Post reports, the term was first noticed online in 2015. A year later, it became the name of a class taught at a wellness retreat in Vermont. Essentially, it aims to encourage you to accept the body you are in and focus on its achievements, rather than its appearance. For example, think about how powerful your arms and legs are, rather than their size. Most importantly, the movement doesn't want you to berate yourself on the days where you don't feel like loving any part of yourself.

Body positivity is different. This movement, according to Time, originated in America in the '60s, and allowed plus-sized people to reclaim the word "fat." Early online adoption of the term "body positive" felt like it was doing a similar thing, but, recently, things have shifted.

"[Body positive] has become a buzzword, it has alienated the very people who created it," blogger Stephanie Yeboah told the Guardian last year. "Now, in order to be body positive, you have to be acceptably fat — size 16 and under, or white, or very pretty. It’s not a movement that I feel represents me any more."

A recent example of the debate within the body positive community came when Made in Chelsea star Louise Thompson published a recipe and fitness book entitled Body Positive, as Refinery29 reports. The book was accused of promoting only one kind of body — one which was inline with traditional ideas of "desirability," and therefore didn't live up to body positivity's inclusive standards.

Body neutrality, on the other hand, is diving a little deeper. "Too often, we fall into the black-or-white trap of either loving or hating our bodies, and I think this movement provides an opportunity for a middle ground," psychotherapist Alison Stone told the Huffington Post. "It provides an opportunity for acceptance." This has gained increasing traction online, with Jameela Jamil's @i_weigh account recently sharing a post from @beyondbeautifulbook, where writer Anuschka Rees — who's "body-neutral survival manual" Beyond Beautiful comes out in May — created a post contrasting body positive and body neutral.

Speaking to the Guardian, writer Rebekah Taussig added that body neutrality "has the power to be really useful in particular to people with disabilities. Those people are pretty frustrated with the demand to love their bodies when they feel betrayed by them. Being neutral could feel like a relief."

Everyone has days where they can't stand the way they look or the way their body works for them. Sometimes, it feels disingenuous to advocate for loving your body all of the time when human nature occasionally forces you to do the exact opposite.

No movement wants to promote hating your body, but it's clear that all-out love may not be the best path for everyone. I don't know about you, but I'm up for simply feeling at peace with my natural self.